No one can deny the beauty and originality that Stanley Kubrick brings to his films, especially his artistic set designs. Case in point is the retro yet sexual theme he favored in A Clockwork Orange.

While it’s true that most of his design choices were unique (case in point, the spiky quilt on Alex’s bed), some key pieces are also controversial like the phallic sculpture and the Jesus statue.

There are many outstanding sets that you can take inspiration with on the film, like the record shop or even the simple yet iconic ‘Home’ sign.

For more encouragement, here are a few Clockwork Orange pieces you might want for your space:

A Room Full of Cats 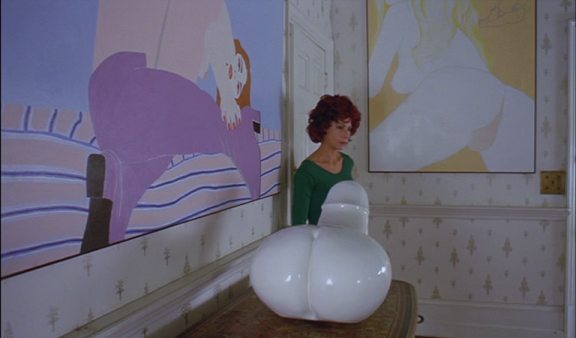 The Cat Room scene, featuring the phallic/penis statue made by Herman Makkink on the table. 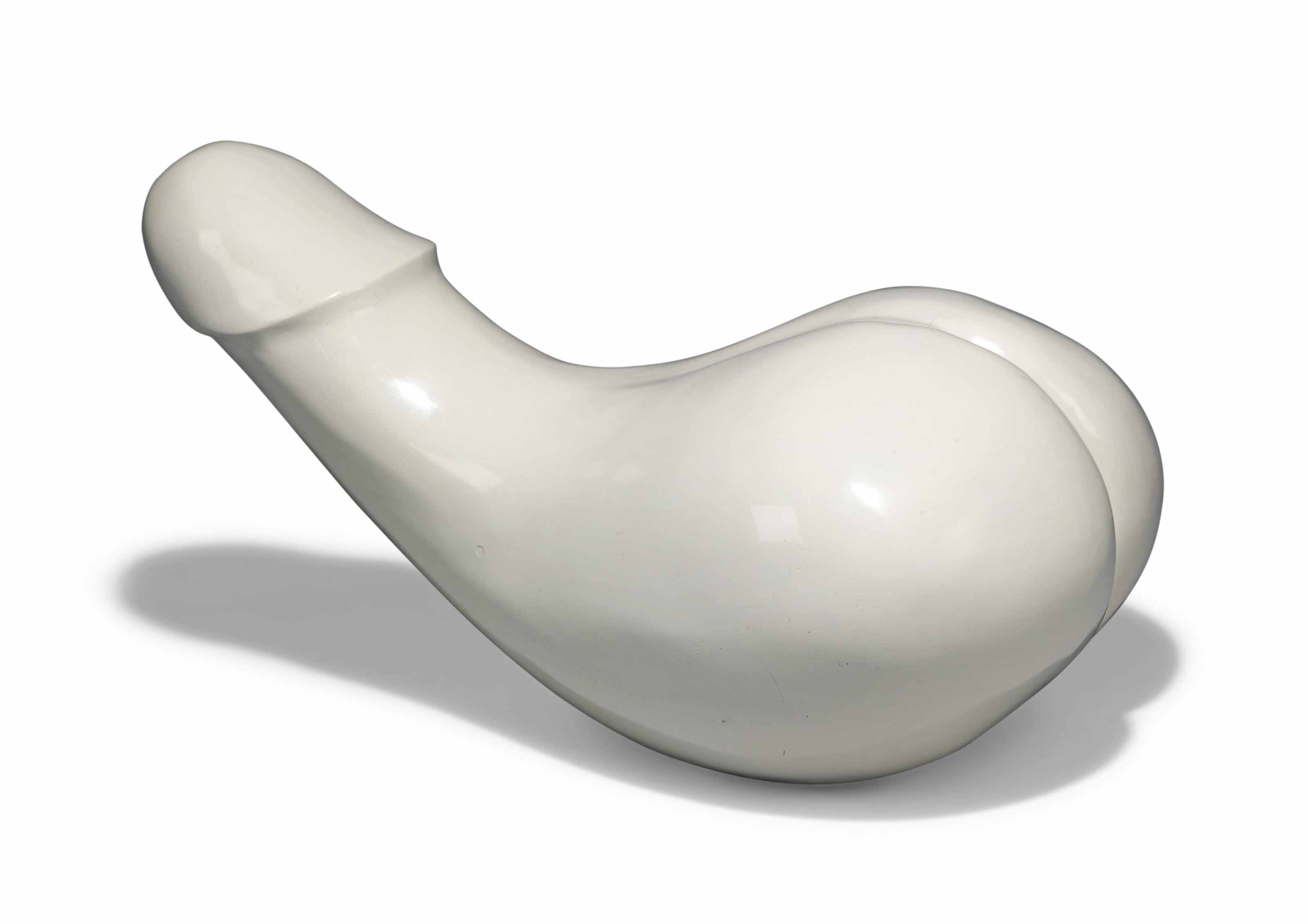 The Rocking Machine is one of the most notable works of Dutch sculptor and graphic artist, Herman Makkink. It was catapulted into pop culture fame with its appearance in the Cat Room in A Clockwork Orange. This lacquered fiberglass sculpture came from an edition of only six. 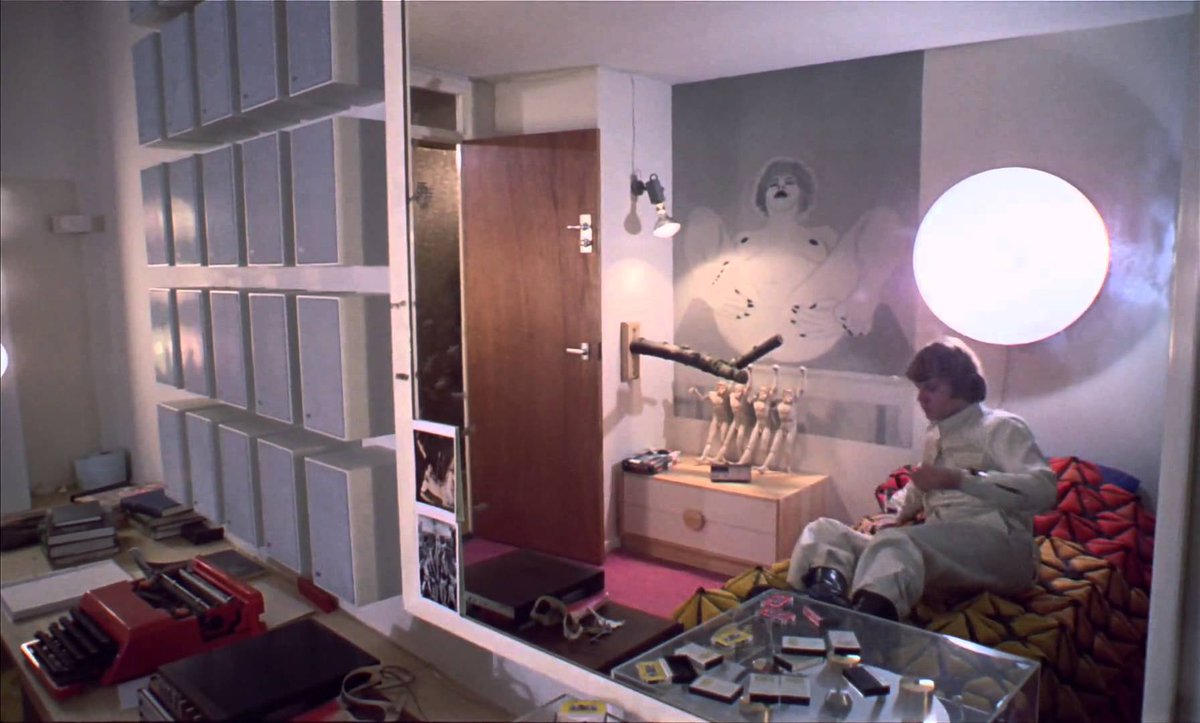 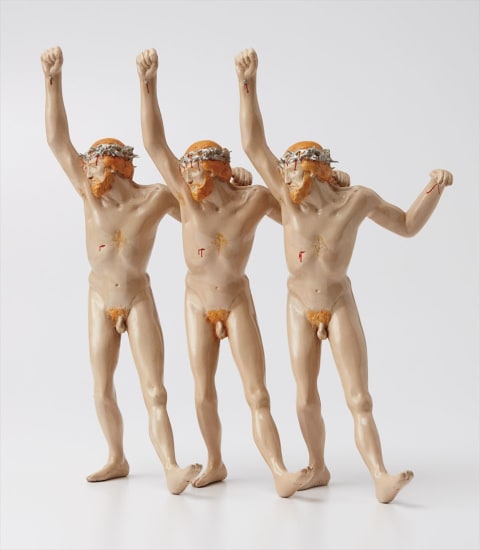 Another sculpture created by Dutch sculptor Herman Makkink that was used in A Clockwork Orange was the Christ Unlimited. It was designed in 1970 as an edition of only nine. Four of those Jesus statues appeared in Alex’s bedroom. 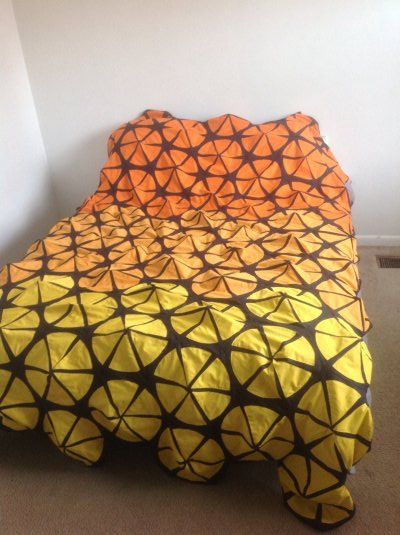 Kubrick is known for his tight-lipped personality in regards to his set pieces, and that is why it’s sometimes hard to find them for your own space. However, you can have someone recreate your own spiky quilt inspired by the one on Alex’s bed. 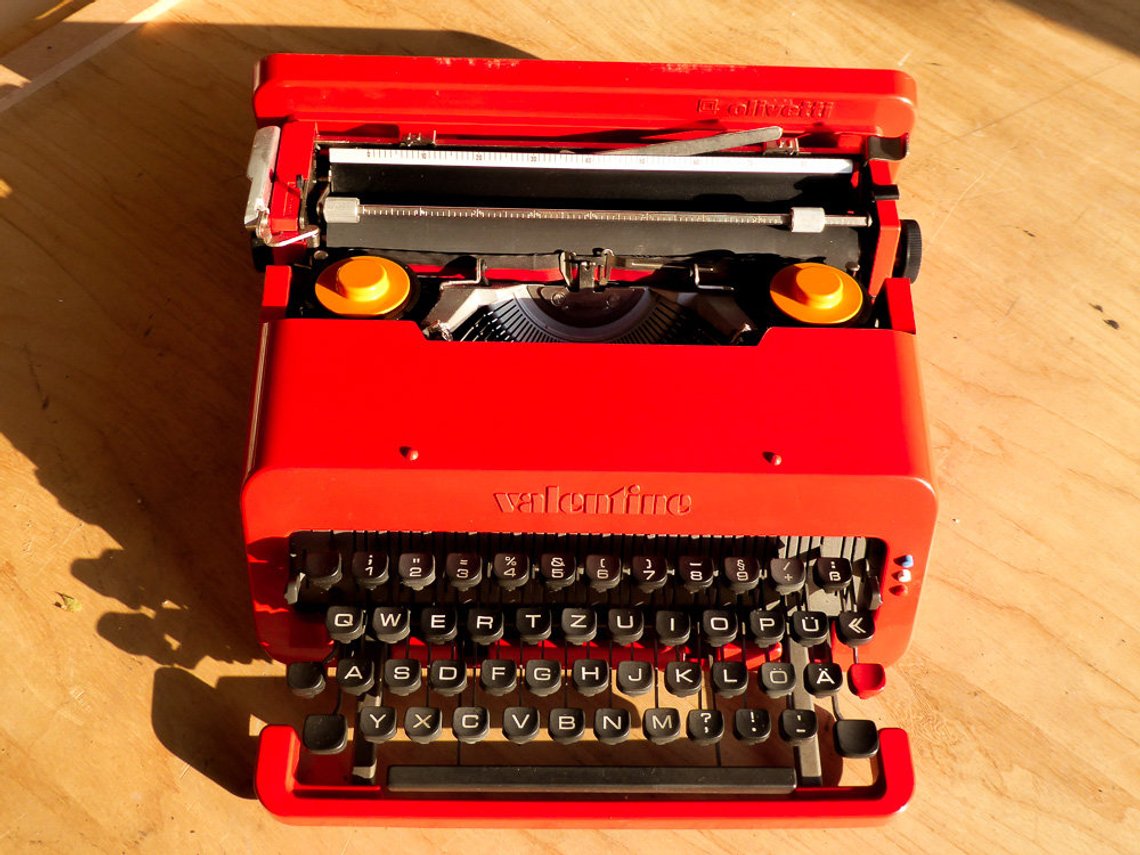 The red typewriter found in Alex’s bedroom is a 1968 Valentine from Olivetti, designed by Ettore Sottsass. It was also called The Portable Red during the late ‘60s.

Alex in his Room Again 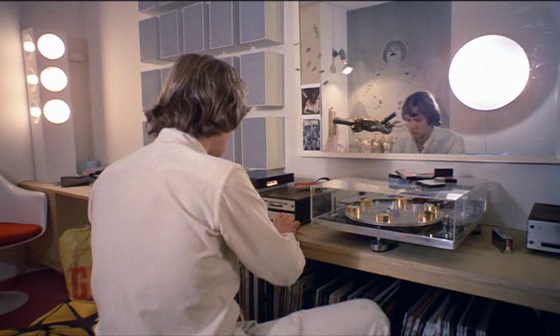 Alex fiddling with Transcriptor in his room. Tulip Arm Chair seen on left. 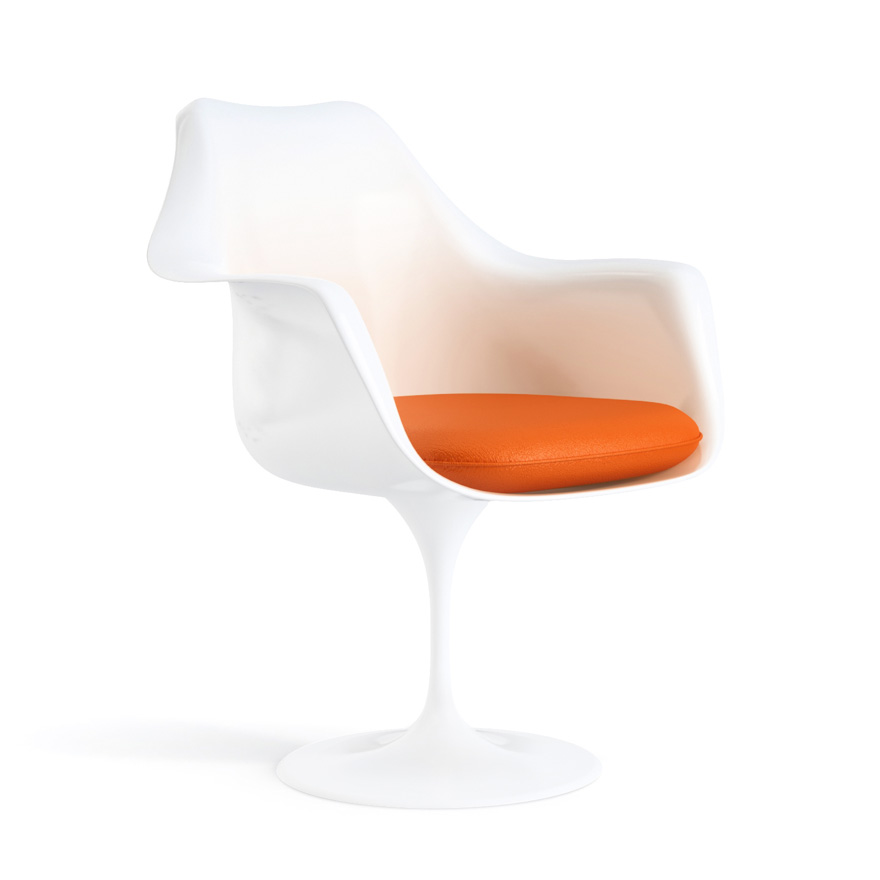 The tulip arm chair found in the corner of Alex’s bedroom was designed by Finnish-American architect Eero Saarinen. Many of his works, especially from this line, has been featured in multiple films for their simplicity, elegance, and versatility. 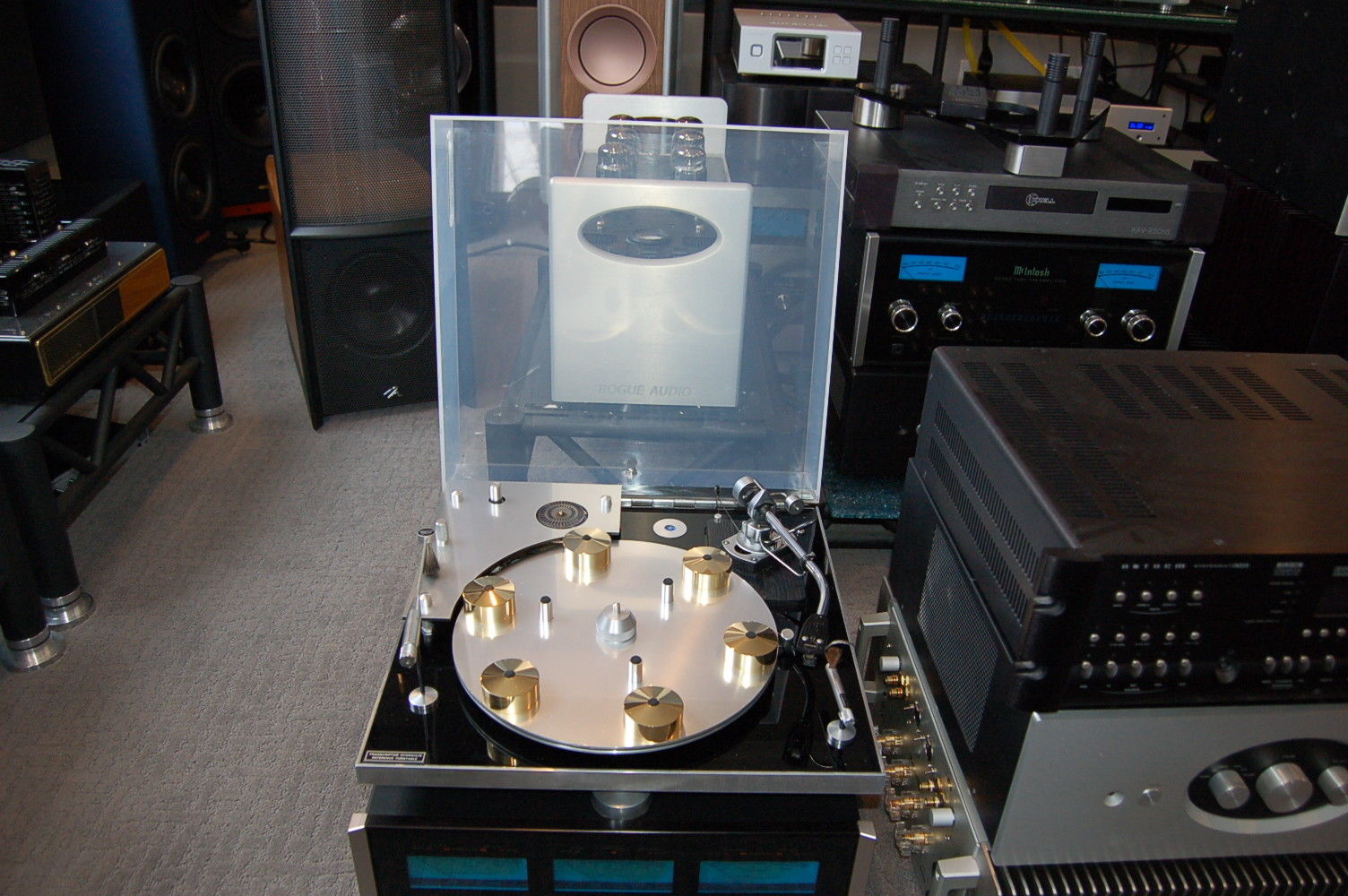 The Transcriptor Hydraulic Reference Turntable was designed by David Gammon in the ‘60s. The one found in Alex’s bedroom was a version of his classic 1964 record player. 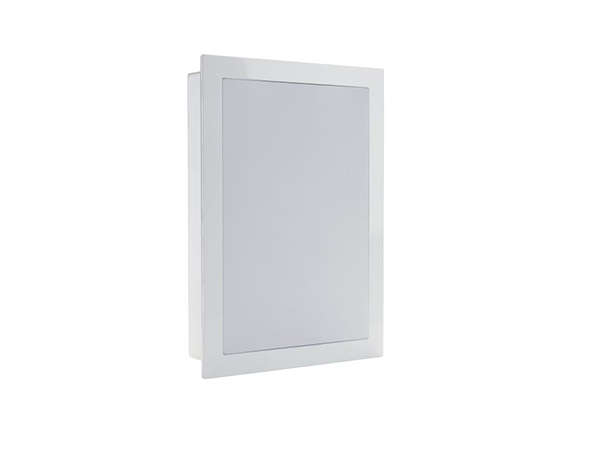 The white box grid on Alex’s wall is not only an art installation. They were also on-wall speakers from Monitor Audio. You can also have the ultimate sound experience by recreating the beautiful speaker wall on your room.

Staying in the Milk Bar 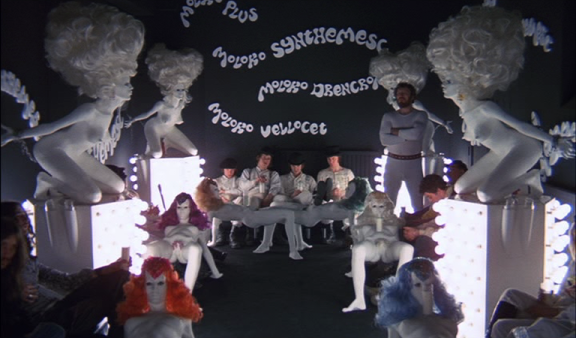 Alex and his droogs in the milk bar, with the disturbingly iconic milk bar table in front of them. 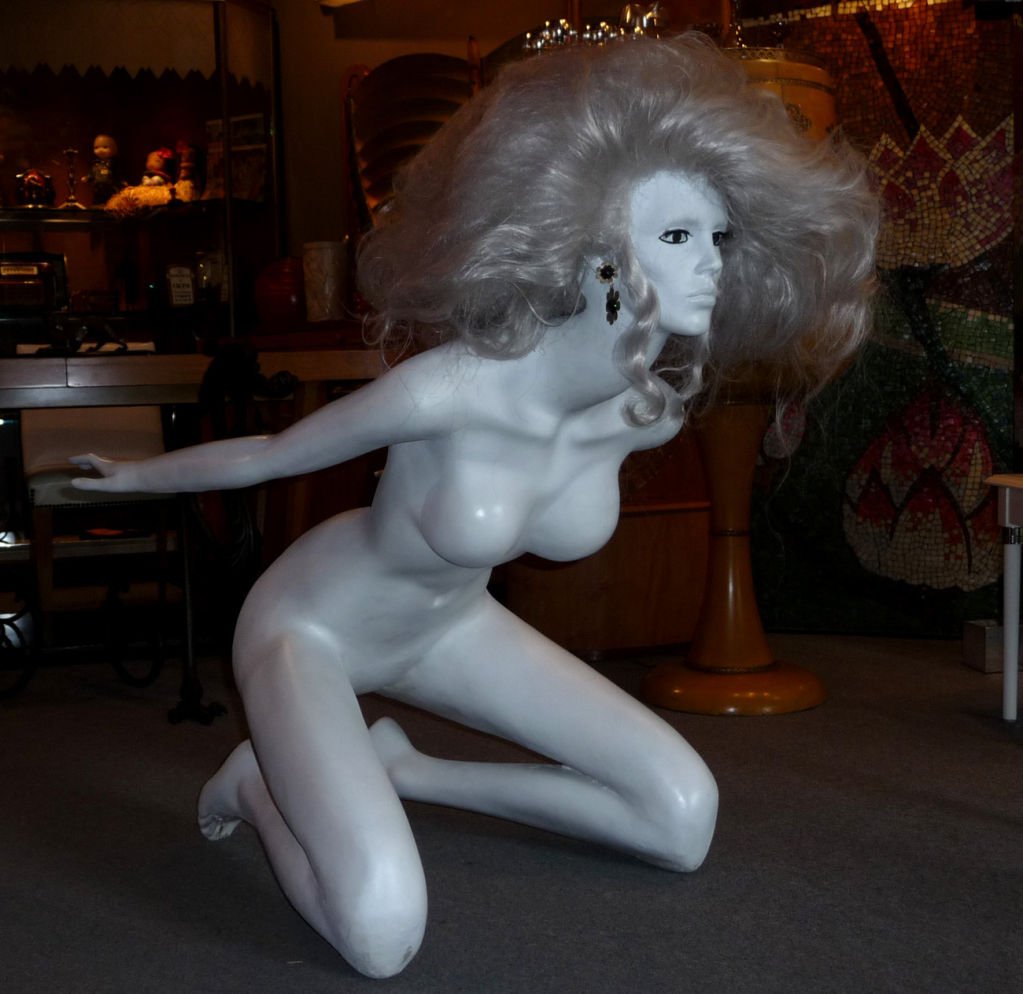 Korova Milk Bar is a fictitious bar from the Anthony Burgess novel. Kubrick made the bar to look as controversial and immoral as its dealings were by using naked women as furniture. 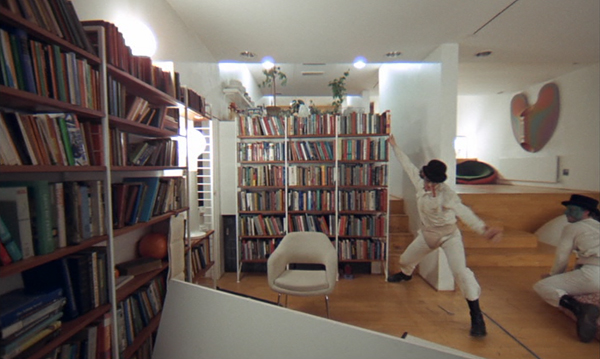 Alex and his droogs wreak havoc in the Home, a lone Eero Saarinen executive chair in the middle. 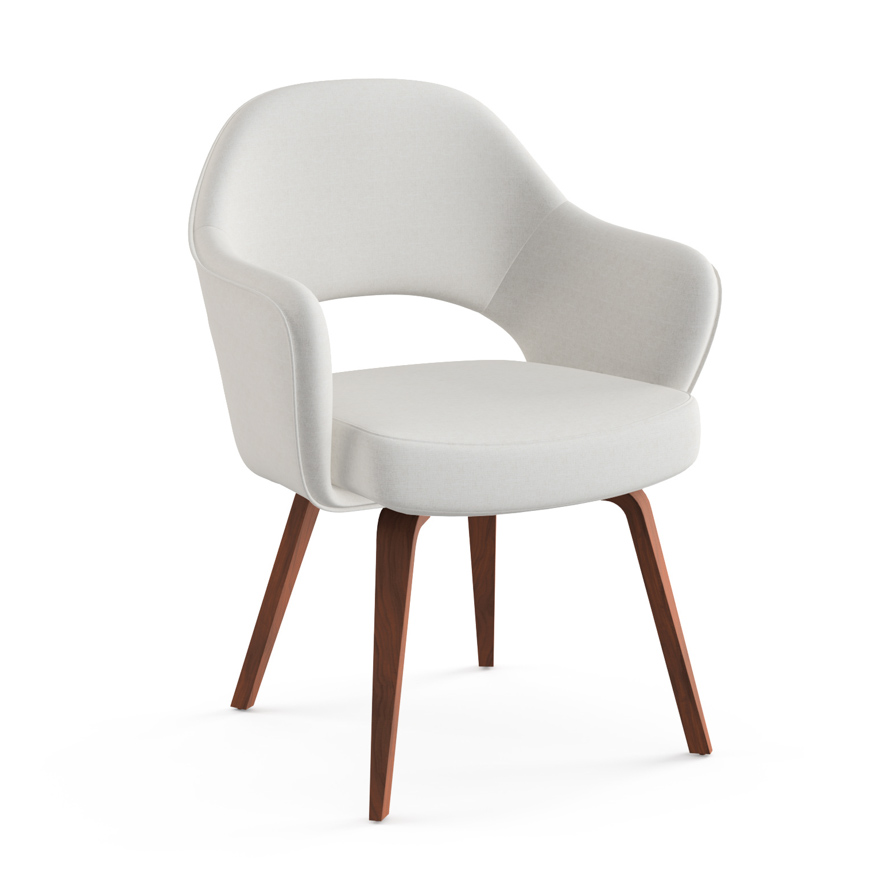 Another piece from Finnish-American architect, Eero Saarinen, the Executive Arm Chair is not as popular as its Tulip sisters but is still iconic and beautiful. 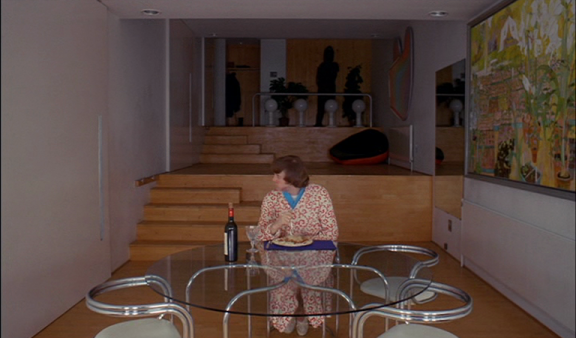 Alex eating a meal in the dining room at Home. 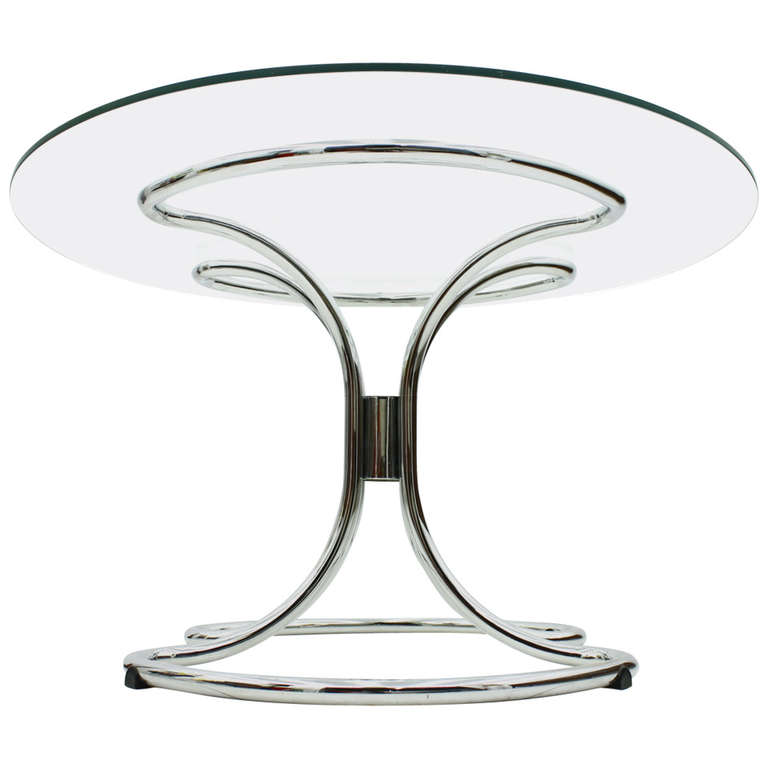 Simple and unassuming, this Giotto Stoppino table is the perfect dining table for a casual room. Its interesting steel tube frame adds a touch of uniqueness that doesn’t distract the viewer. 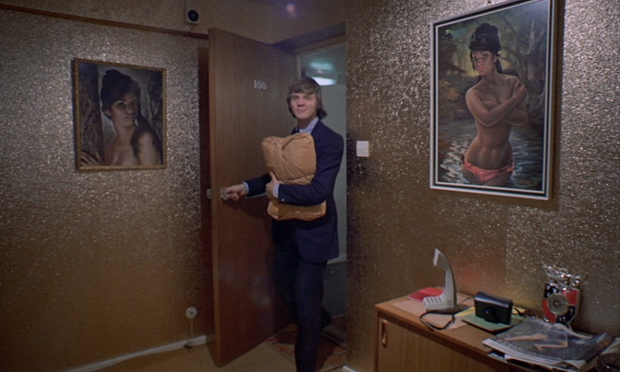 Alex, going inside the room, J. H. Lynch paintings hanging on the wall. 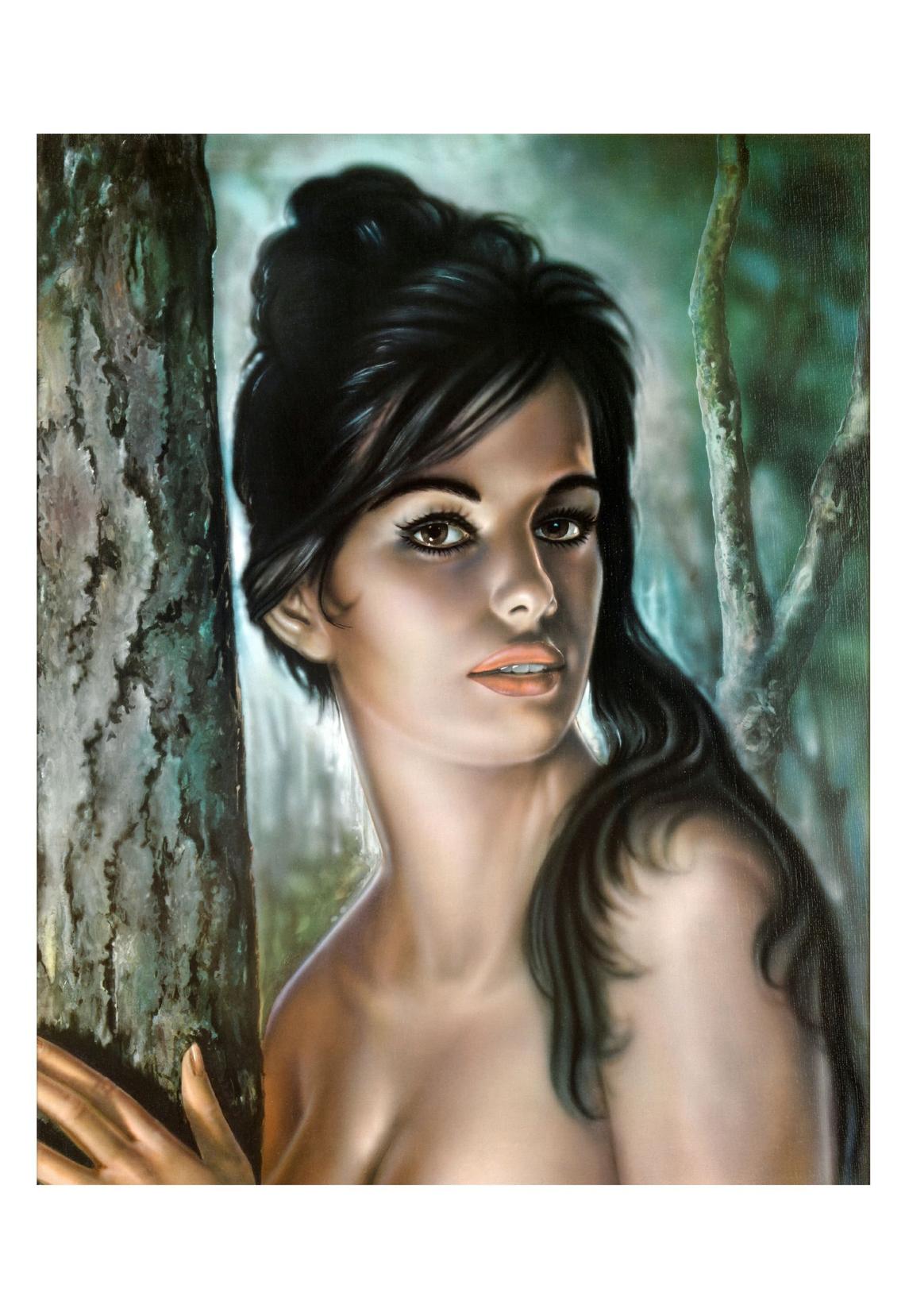 Joseph Henry Lynch’s works were popular during the 1960s. His usual subjects were voluptuous women. While his paintings were mass-produced and featured on films, the artist himself was relatively unknown. 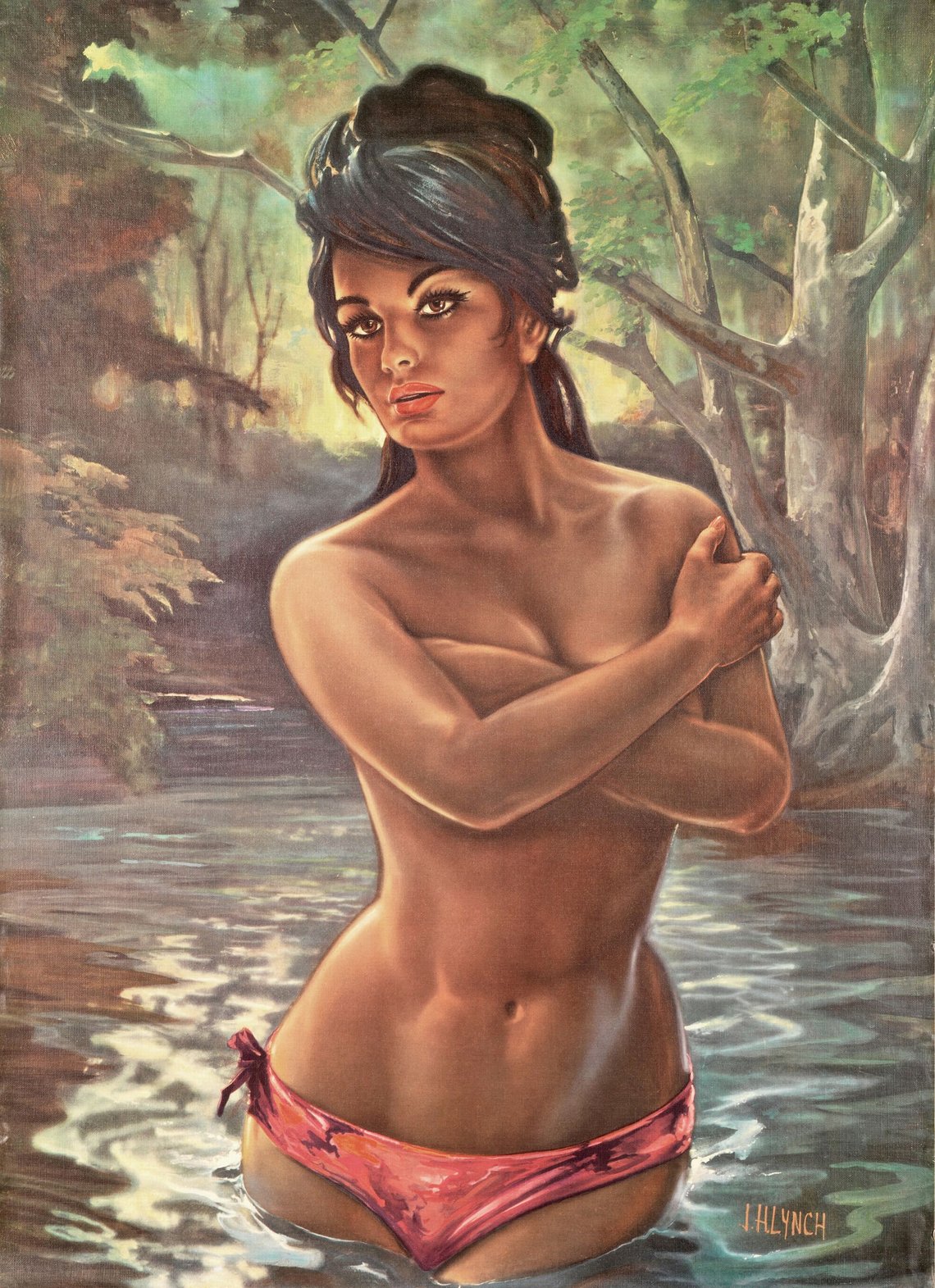 Another painting found in A Clockwork Orange made by the mysterious painter, J. H. Lynch.

A shot where the black and white checkered floor of the Home’s hallway can be seen. 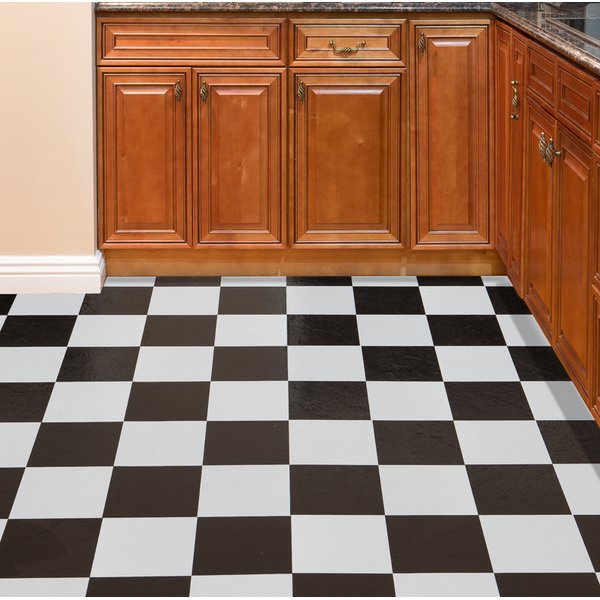 Add a retro touch to your home by using black and white checkered tiles in your hallway.

Alex and his Bowler Hat

A close up shot of Alex wearing his bowler hat and long lashes in one way. 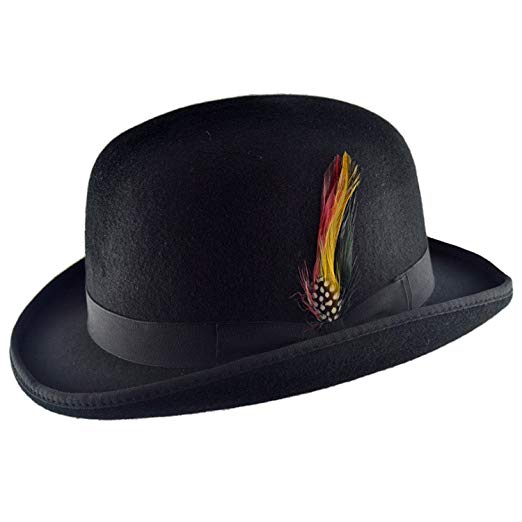 Alex is known for his bowler hat and long lashes on one eye. You can choose to wear the same or put them on display on an end table for A Clockwork Orange fans to marvel at. 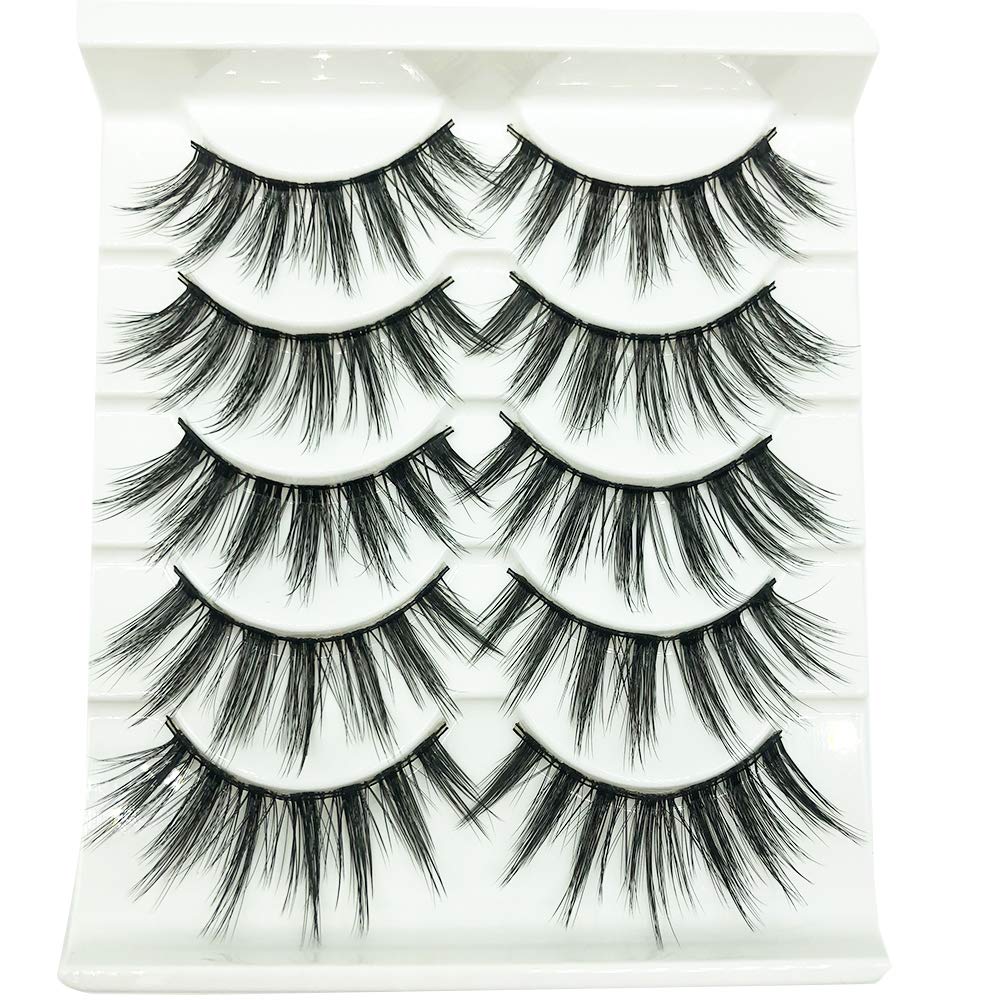 You can also choose to wear long lashes like Alex. 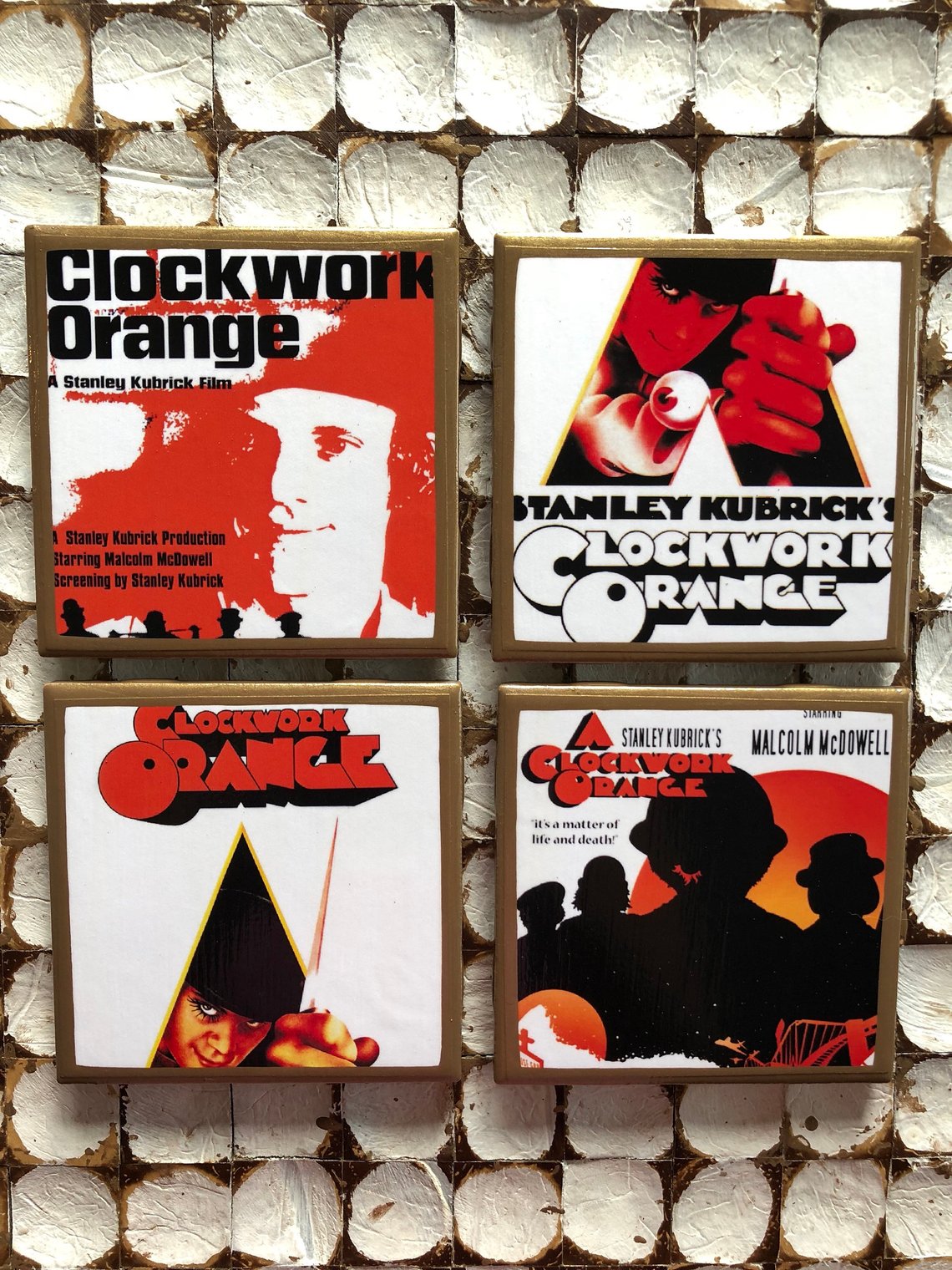 Add a retro touch to your kitchen with these A Clockwork Orange coasters. 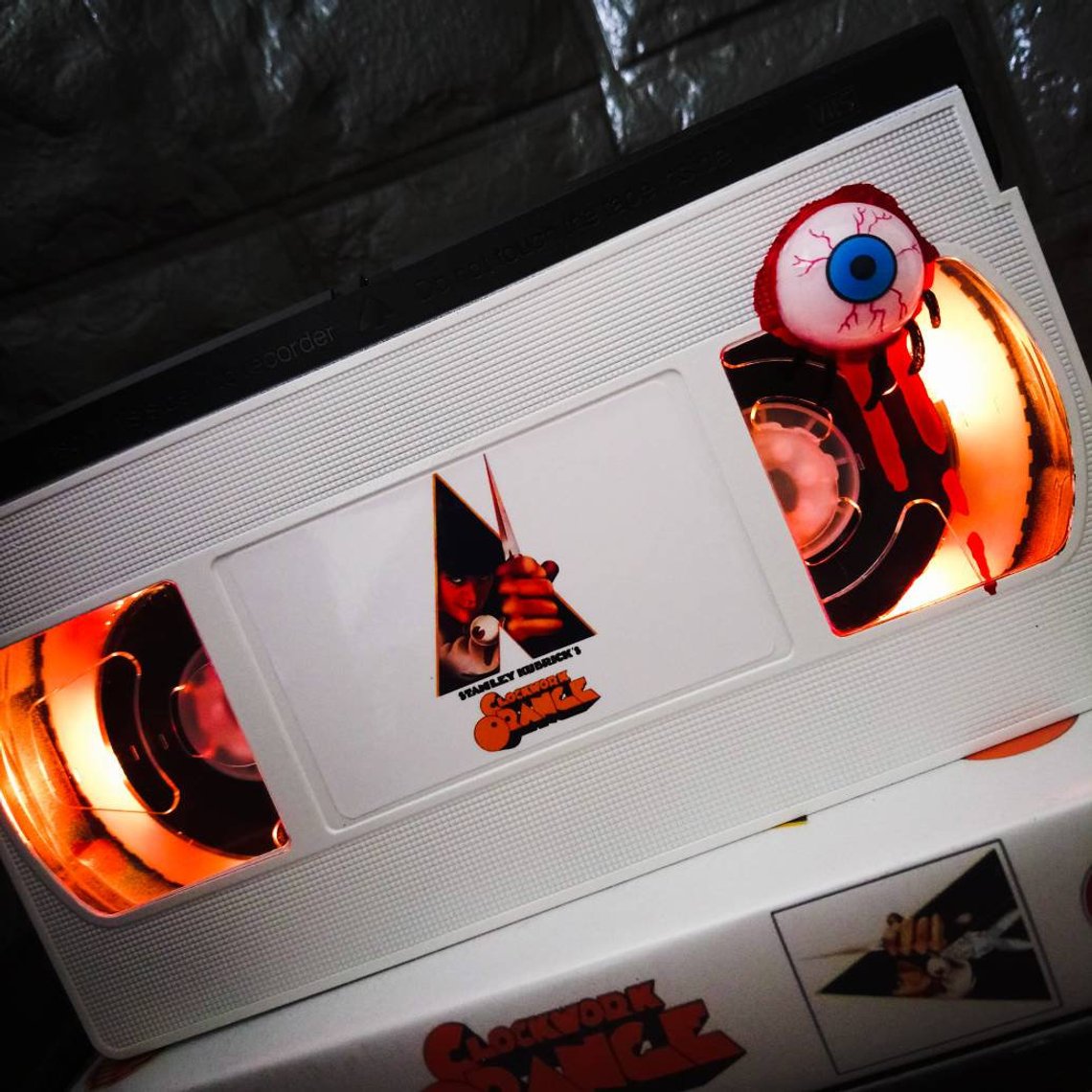 A blast from the past! This interesting VHS lamp is inspired by A Clockwork Orange and will make for a cute retro piece in your room. 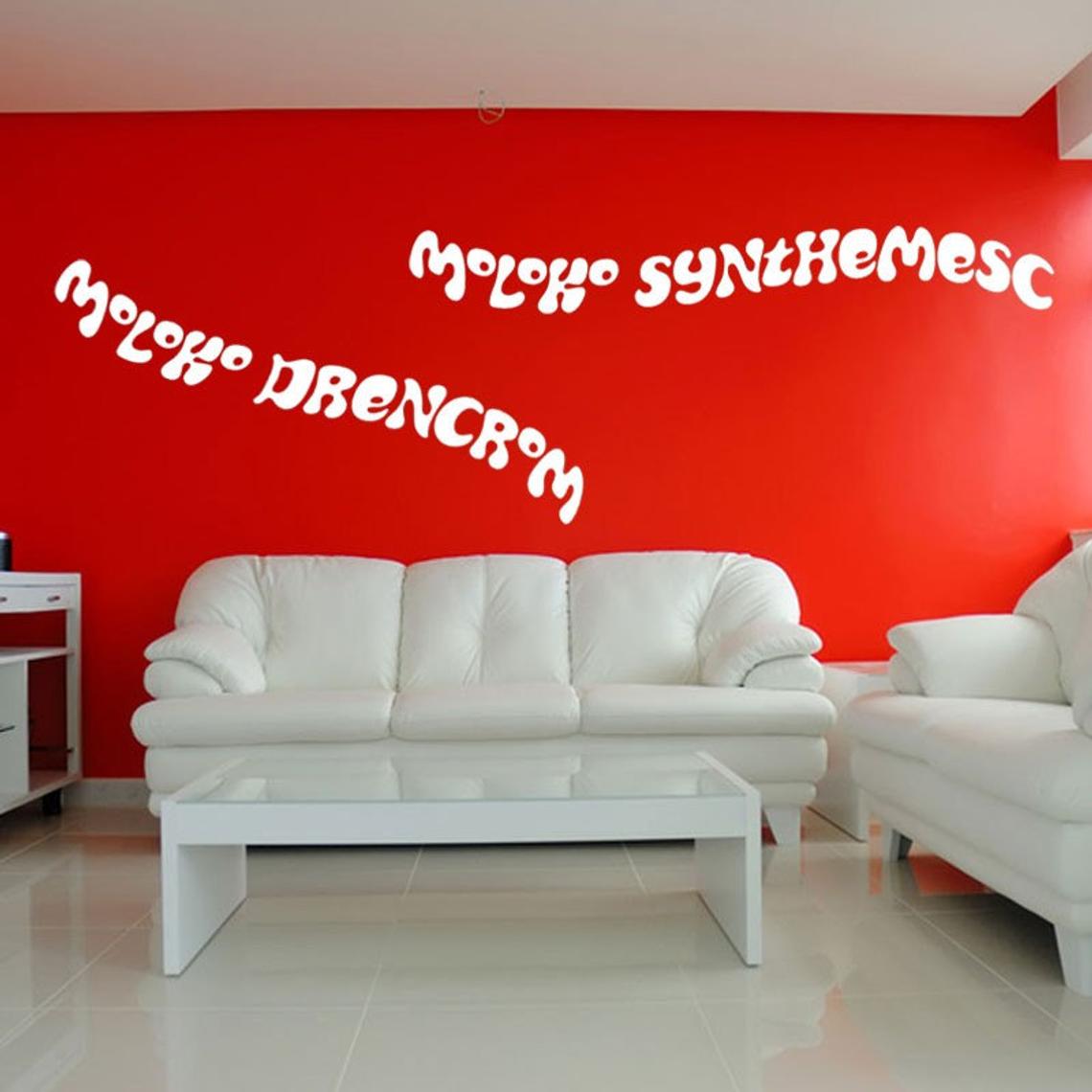 Make your own Korova Milk Bar and hang this sign on your wall. 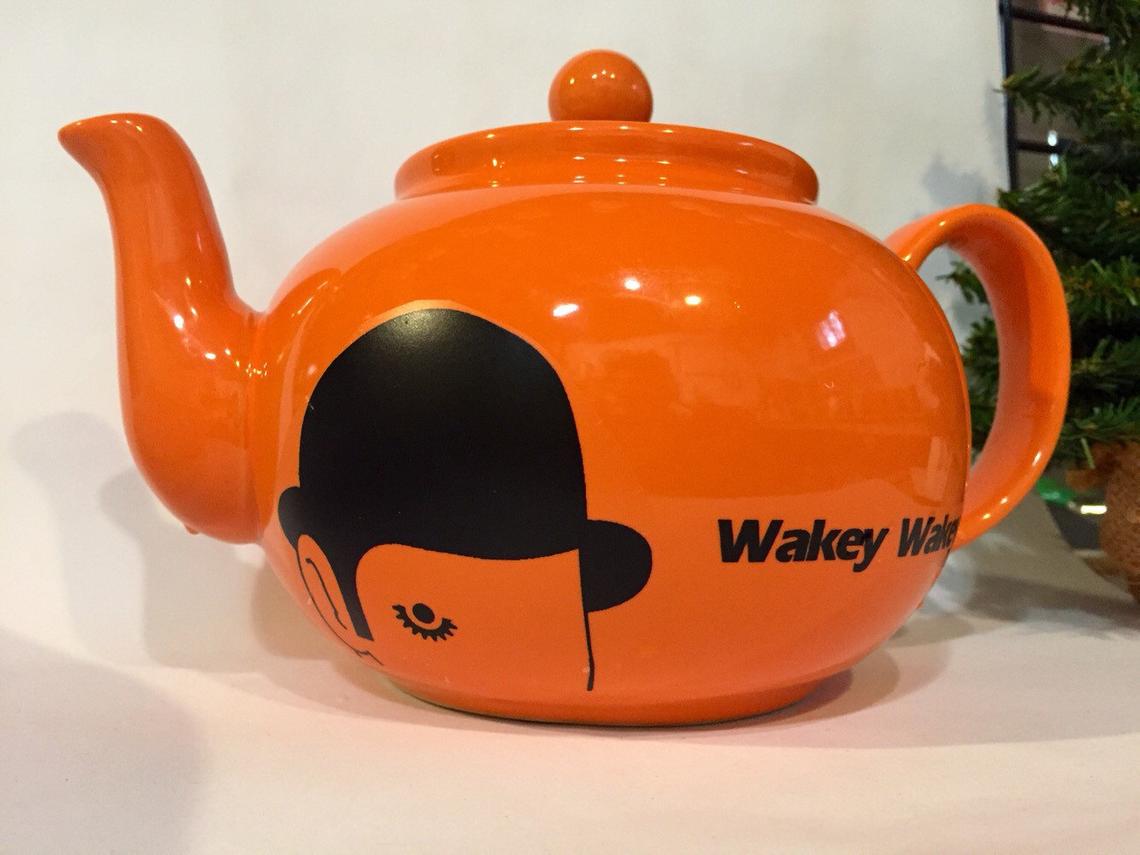 How’s a good way to wakey wakey? Well, with this teapot of course!

A Clockwork Orange is a Sci-Fi Crime film released in 1971, and was directed by Stanley Kubrick.

Its main character, Alex, was played by Malcom McDowell.

The pictures used in this article in connection with the movie, A Clockwork Orange, is owned by Warner Bros. and all other owners of the show.

Create your own retro-looking haunted hotel, similar to The Shining’s Overlook Hotel. Add bold and bright patterns as well as details to make your room of horrors all that more unsettling.

Sleek and sophisticated, make action-packed world of the Kingsman Agency your inspiration for your space. Blend contemporary with midcentury modern for an updated yet classic look.