Set in a dystopian world, Blade Runner’s over-all look is a heavy mix of the past and the future. It shows glimpses of a time long ago through small details like vintage rugs, old television models, and whatnot. At the same time, the surroundings also carry a more utilitarian feel, loaded with metallic elements and functional designs.

Channel your inner Blade Runner enthusiast by creating a space designed to be in-between times. Take Deckard’s apartment as an example. Balance his unique cream walls with strong black leather furniture and a choice of period décor. You can even put elements of K’s life in 2049 all over the room as well. 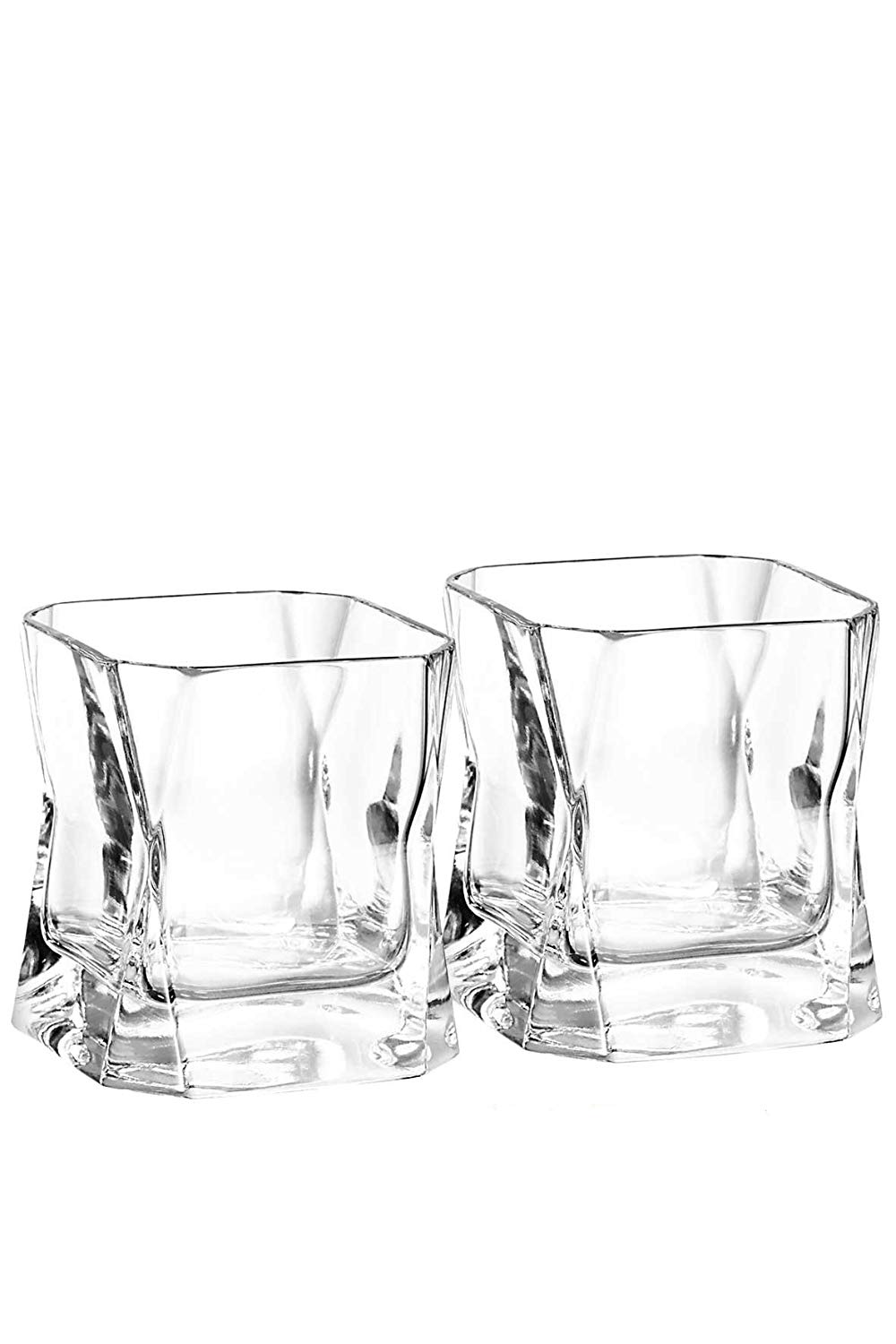 Designed by Cini Boeri in 1973, the Cibi Double Old Fashioned Glass was decadent and refined. It was made from the clearest crystals in Italy, and became world-renowned when Rick Deckard first used one on the big screen in 1982. This exquisite glass version still comes from Italian makers, and will give you the same sleek, contemporary vibe as the original. 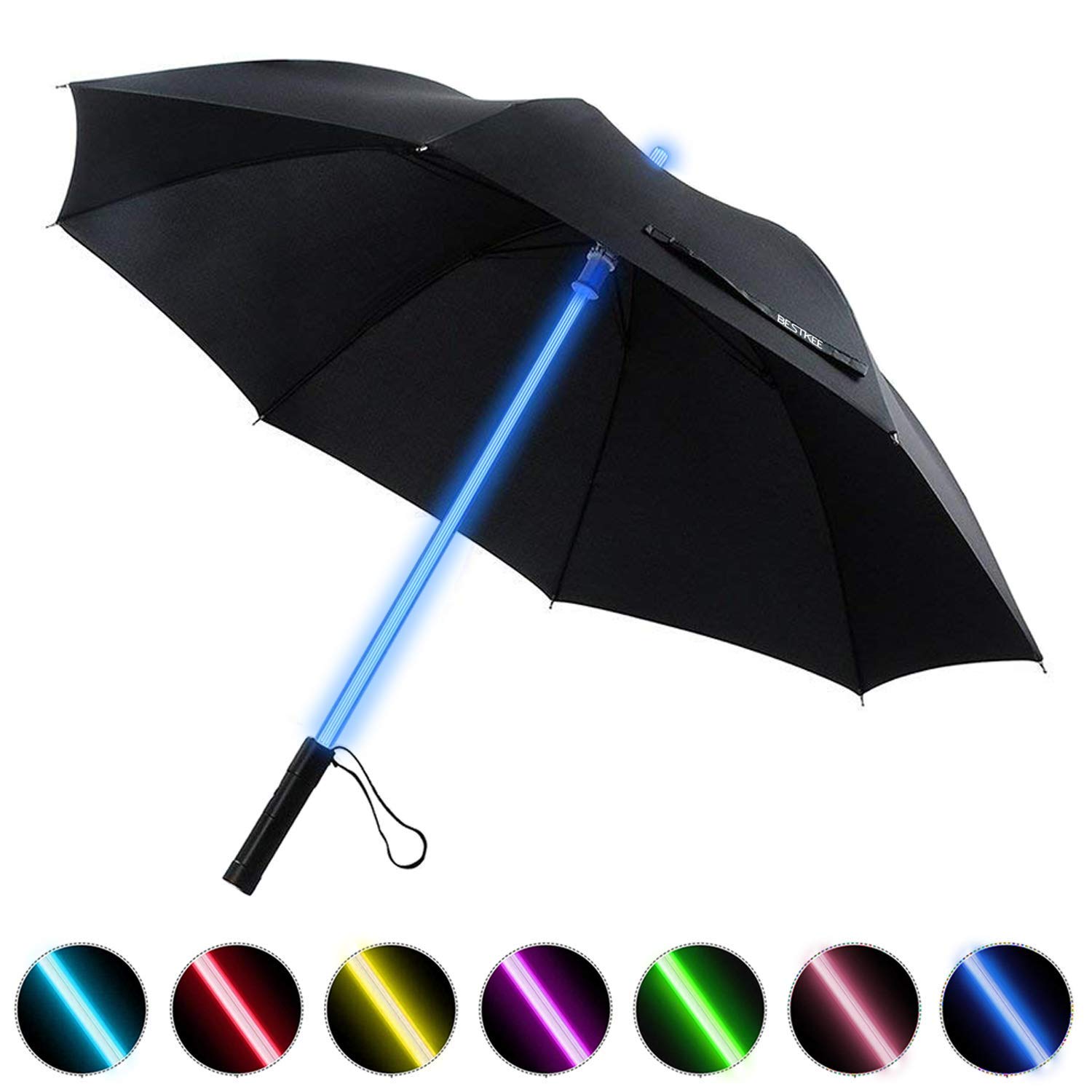 The neon umbrella from the first Blade Runner film was met with high-praise both in avant-garde fashion niches as well as fans of the franchise. Its odd and futuristic design has been beloved to many a fan, and is regarded as a cult classic. Display one in your room as a worthy homage to your favorite film.

Light from the Past 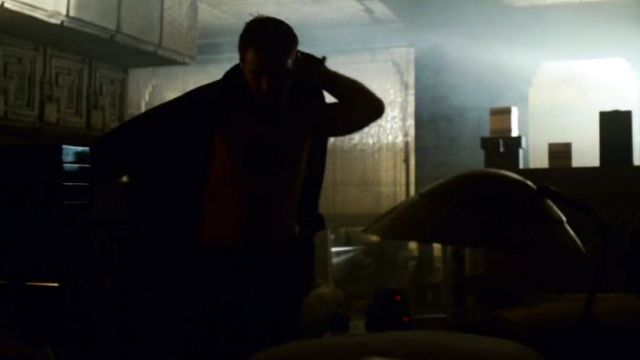 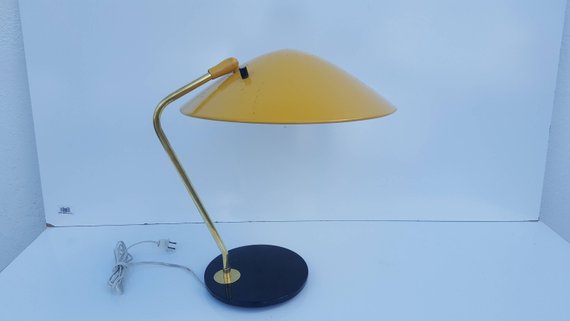 Gerald Thurston was a well-known designer whose main focus was on Mid-Century décor. His pieces were highly influential during the 1950s and 1960s. His postwar contemporary designs were very much sought-after, and one of his lamps was featured in Rick Deckard’s apartment. 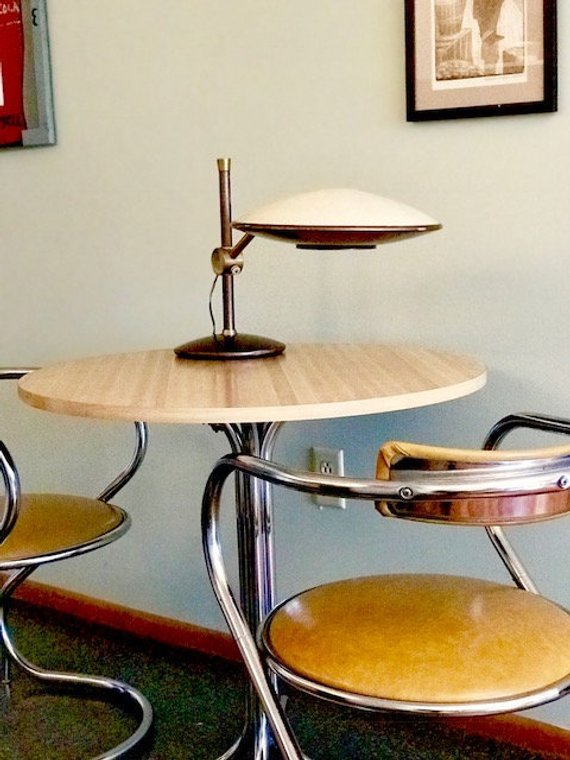 Another Mid-Century piece featured in the set design of Blade Runner is this vintage Dazor desk lamp. Aptly described as a “Flying Saucer,” the lamp on Rachael’s desk does look like a UFO with its white curved head and metallic gold body and rim. 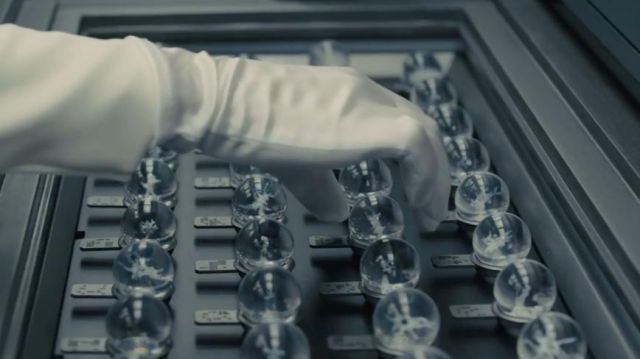 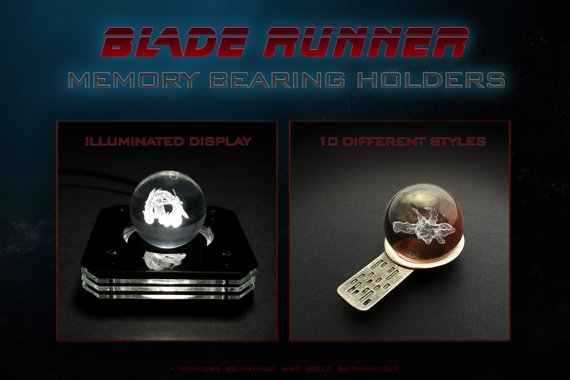 Memory orbs are vital in the world of Deckard and K. These devices are used to construct a replicant’s personality, after all. Have a version of this other-worldly device sitting on your desk for everyone to see. 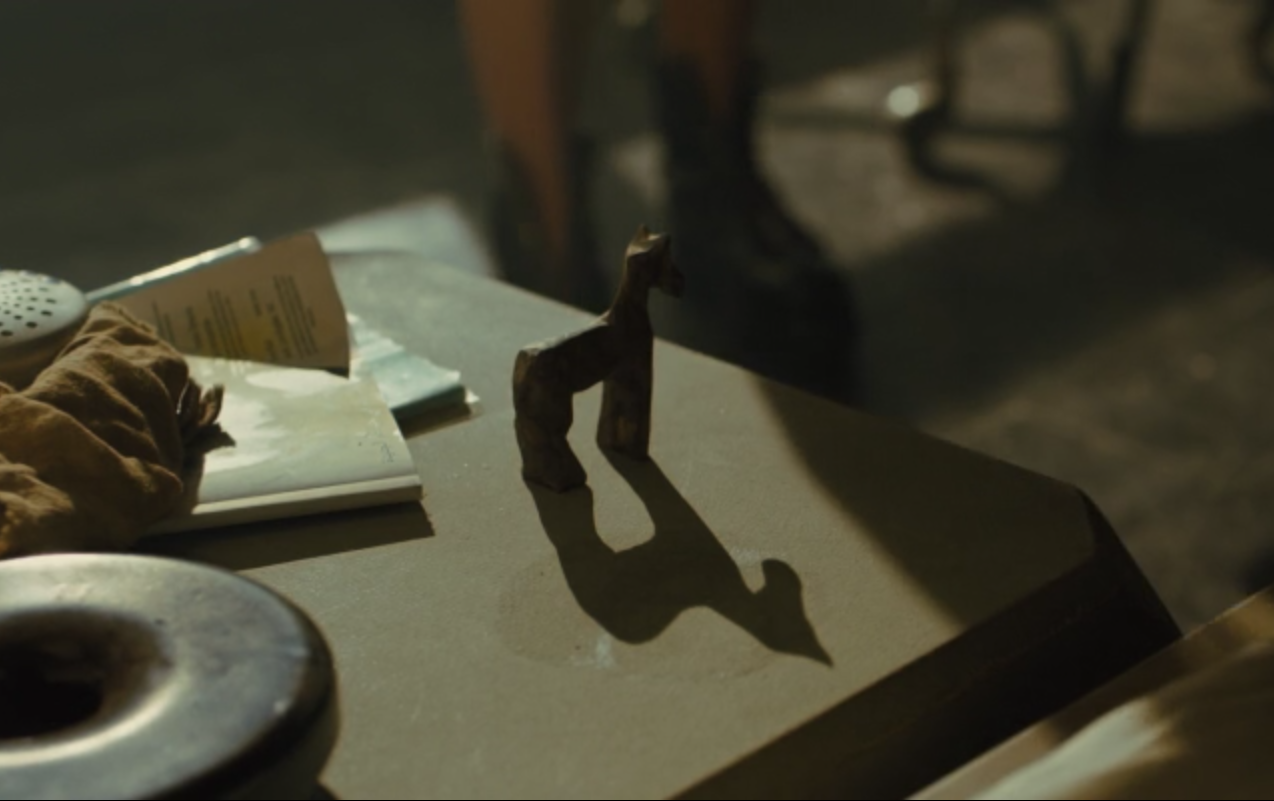 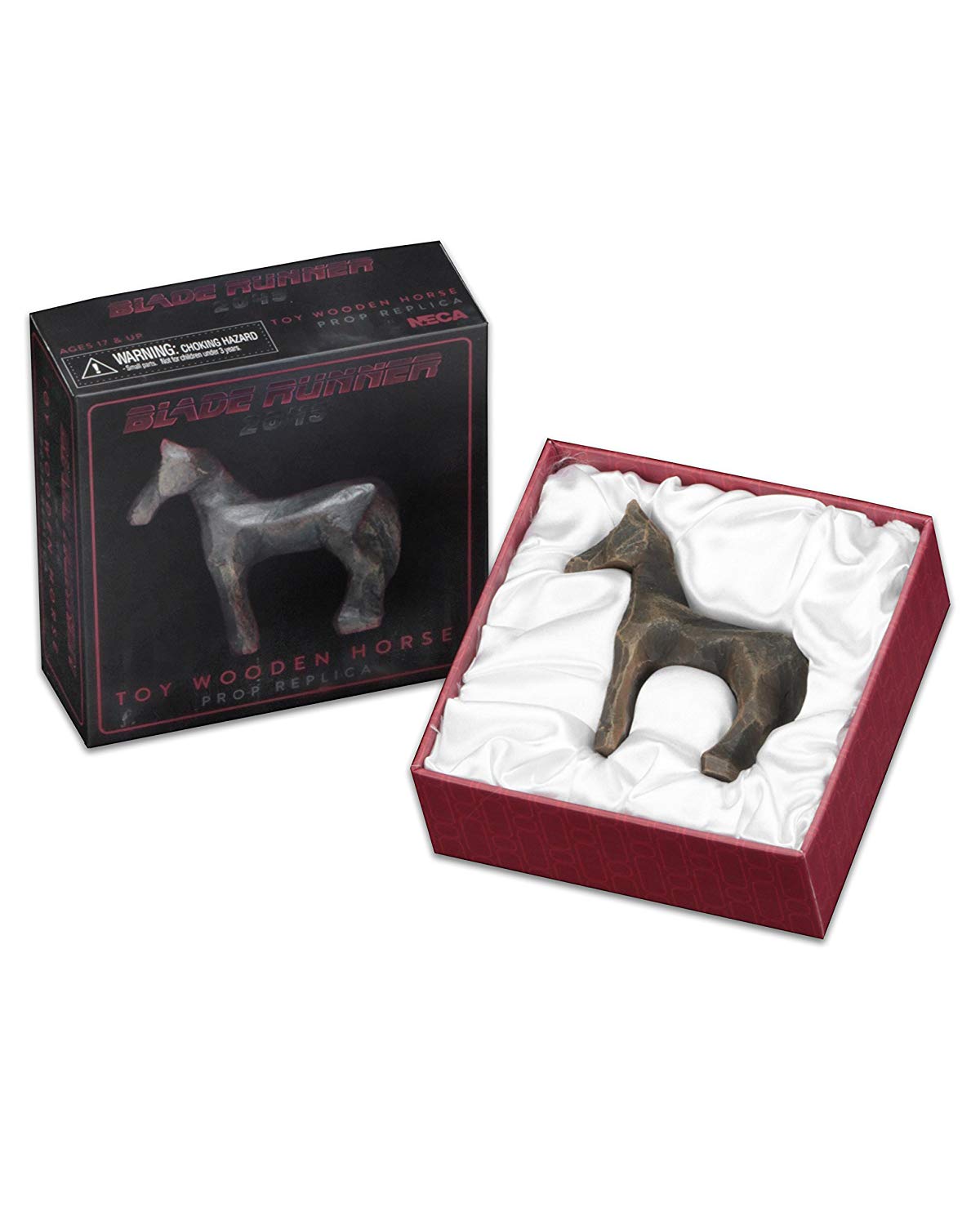 Very much like the origami unicorn from Deckard’s ending, K’s wooden horse is as controversial and mind-boggling to fans and film theorists alike. Any Blade Runner fan (whether the 1982 original or 2049) would definitely want this replica standing proudly on his desk. 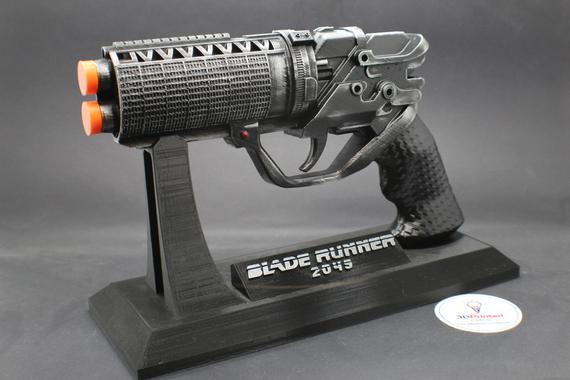 Fans of the 1982 original loved Deckard’s simple but strong blaster. It’s no wonder that K’s LAPD blaster in the year 2049 would create the same effect. More sleek and modern, this blaster looks less like today’s real-life guns and more futuristic and deadly. 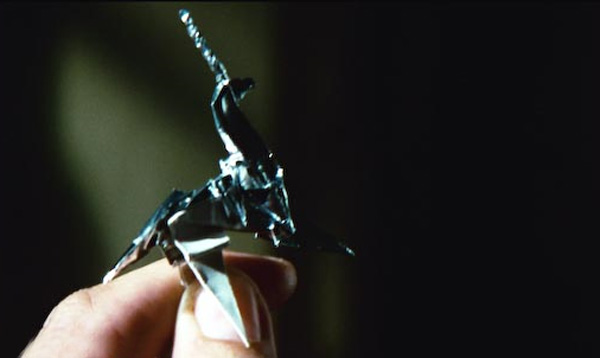 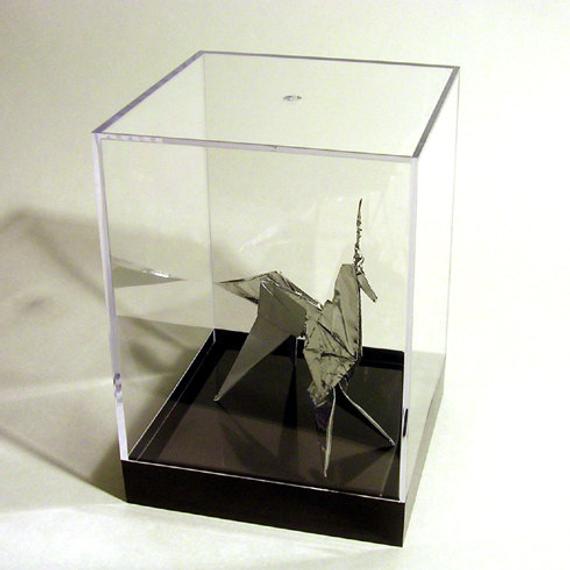 Controversial and significant, the origami unicorn has been treated by some fans as proof that Deckard himself is a replicant. For any diehard fan of the film, a display glass box adds all the more prestige to the prop.

Photo aken from: The Prop Gallery 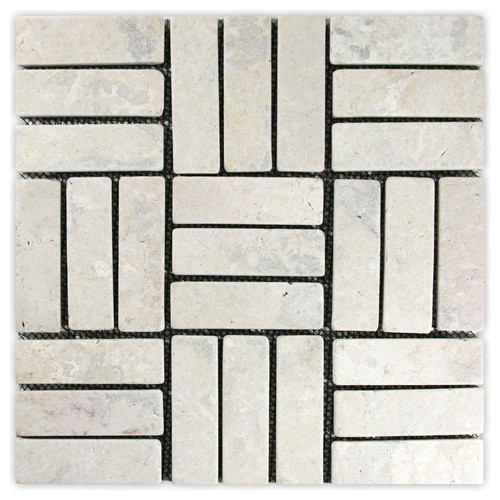 It may not be the exact replica, but the rough texture, cream color, and recurring pattern makes it a great alternative to Deckard’s iconic wall tiles. These simple patterned mosaic tiles can also create a unique signature wall in any room. 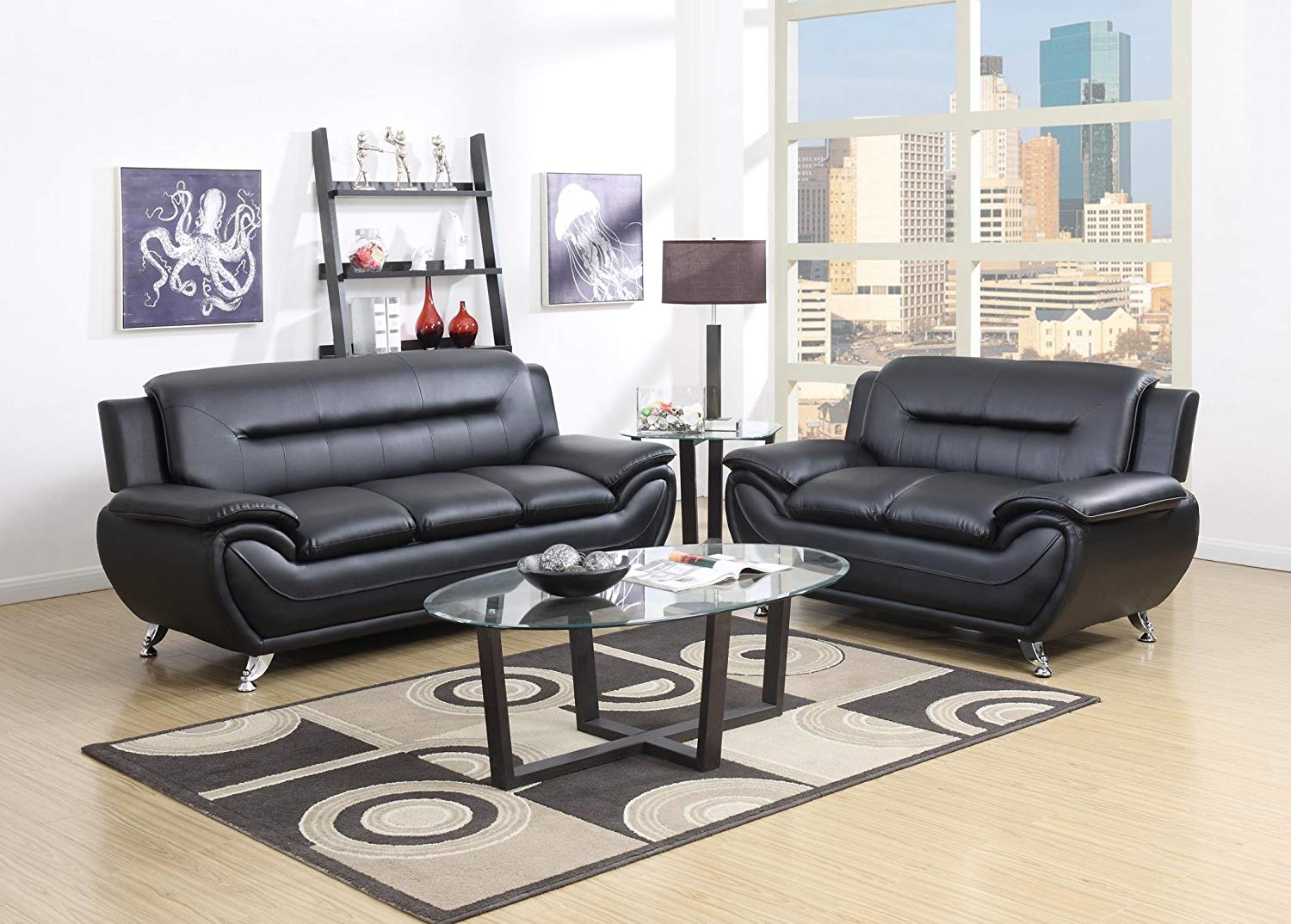 Add that sense of masculinity from Deckard’s musty apartment by putting black leather sofa sets in your room. The black leather furniture builds up robust and powerful aura, something that Deckard’s personality emulates.

A Glimpse of Afghan 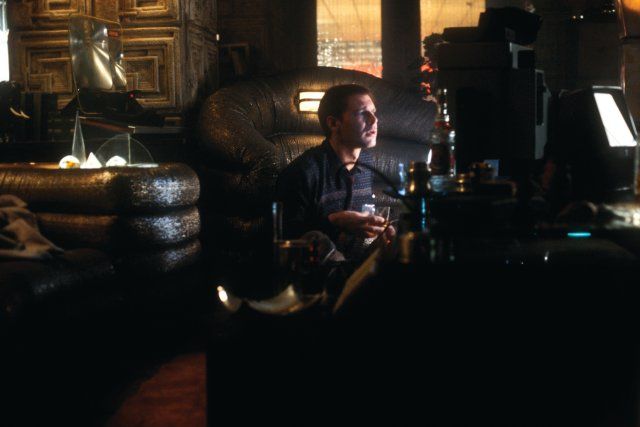 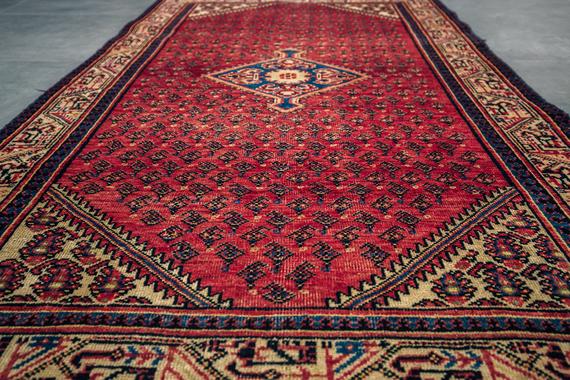 Short glimpses of Deckard’s floors shows his preference for Afghan rugs. His quirky choice juxtaposes the seemingly vintage vibes of his rugs with his more modern-looking apartment. 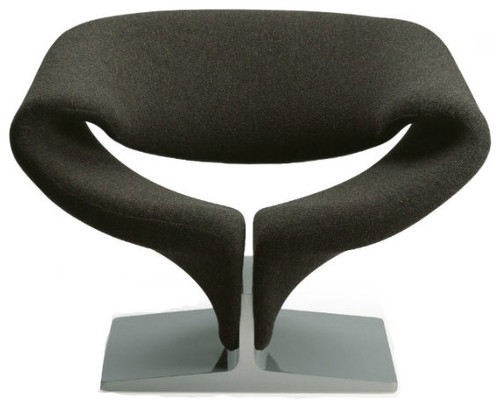 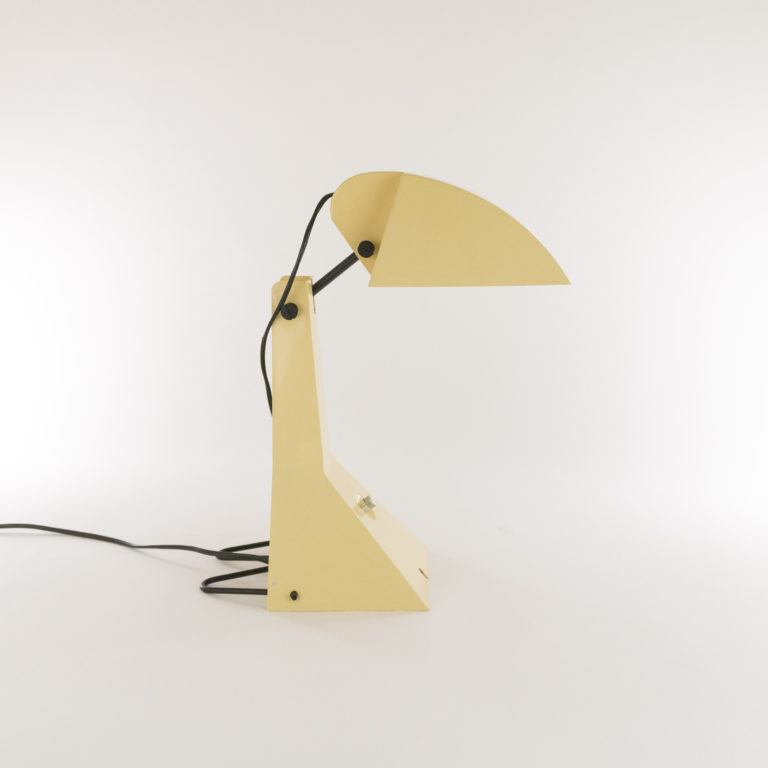 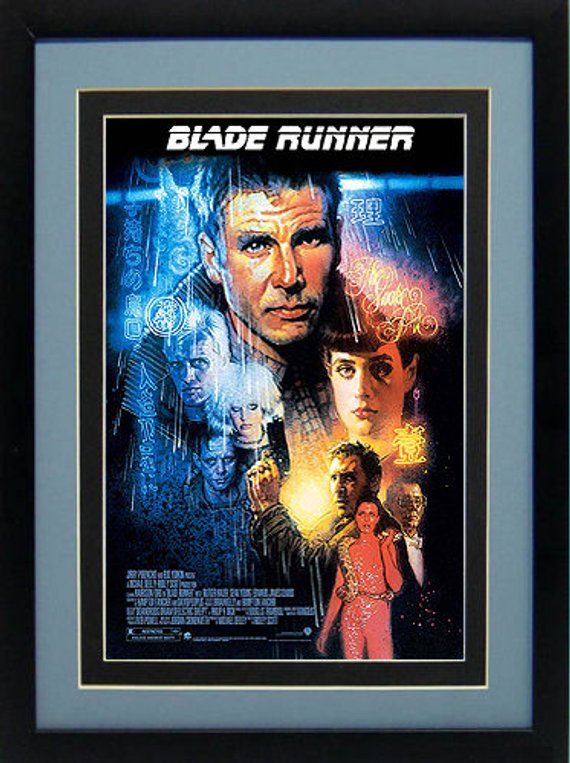 A framed poster of the 1982 Final Cut version of the Blade Runner is sure to keep your room looking well in theme. It’s simple yet it can also make a desirable impact as the main décor of your space. 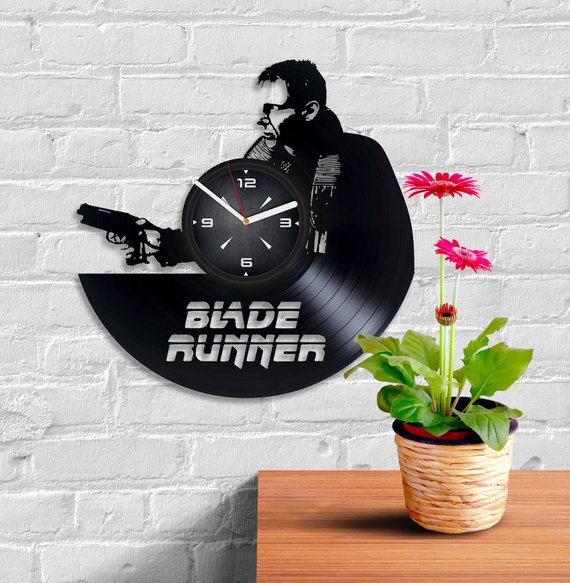 Be a proud fan of the Blade Runner franchise by hanging up this awesome vintage, vinyl record wall clock etched to look like Rick Deckard.

Add a sinister vibe into your room by putting up this amazing logo plaque of Tyrell Corporation, the makers of replicants. After all, some theories think that Deckard himself is a replicant. 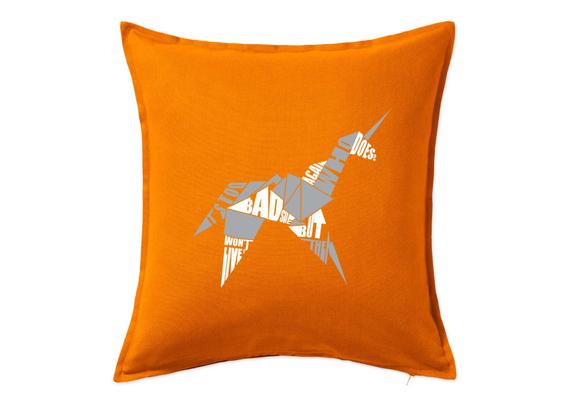 Add another unicorn origami element to your Blade Runner-inspired room with these brightly eye-catching pillows.

License of the Future 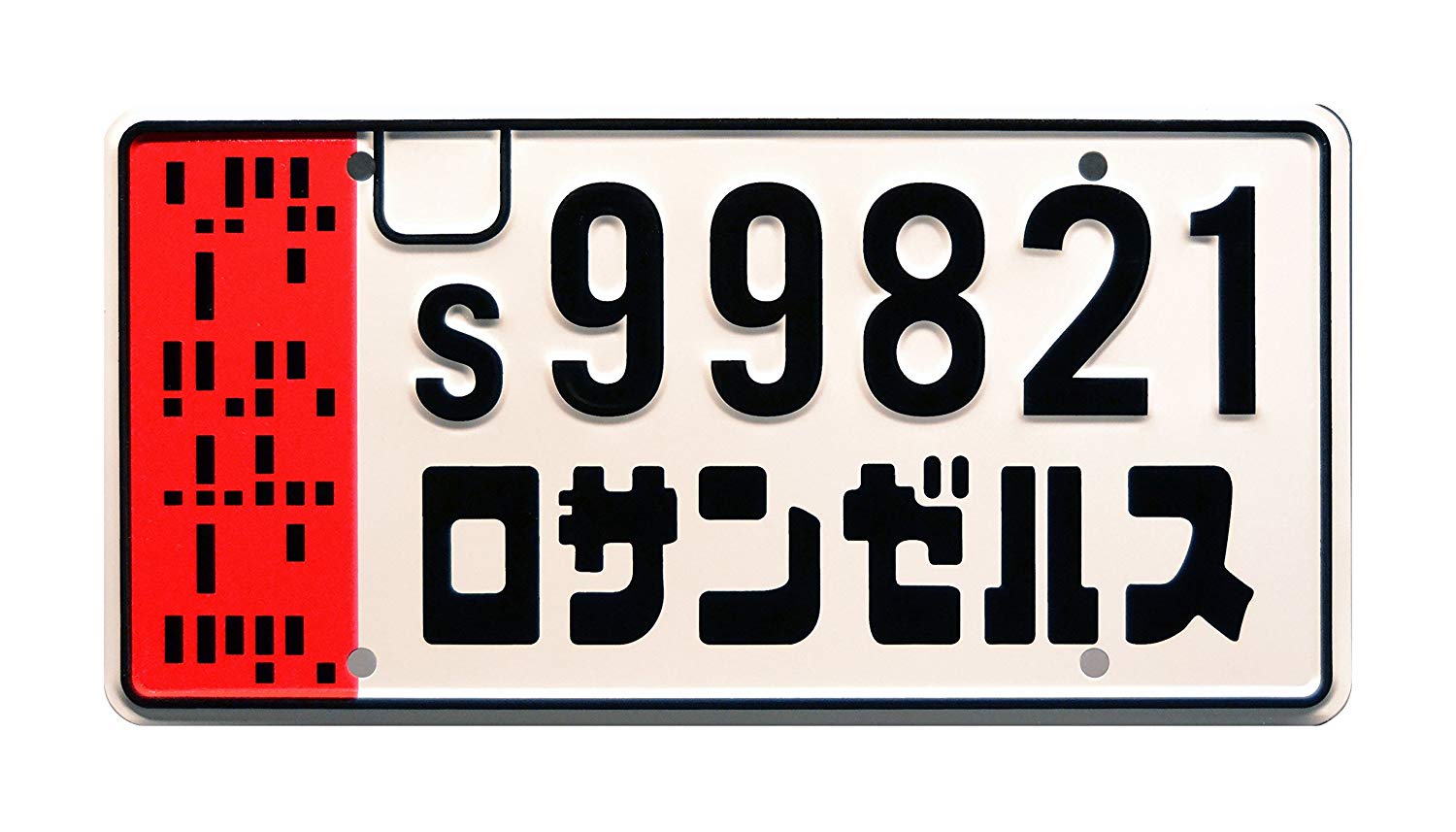 Put this awesome dystopian-era license plate on your walls to add a vibe of the future in the room. 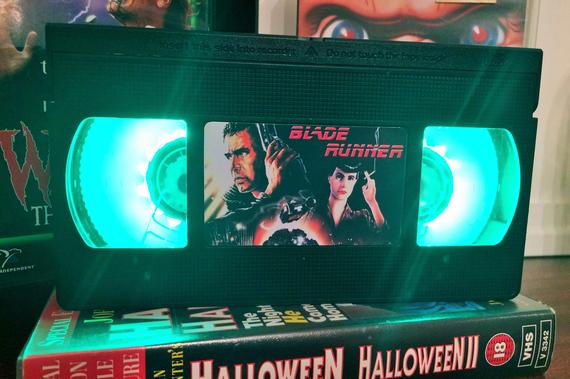 Create a retro vibe in your room by adding this incredible Blade Runner-inspired VHS night light. 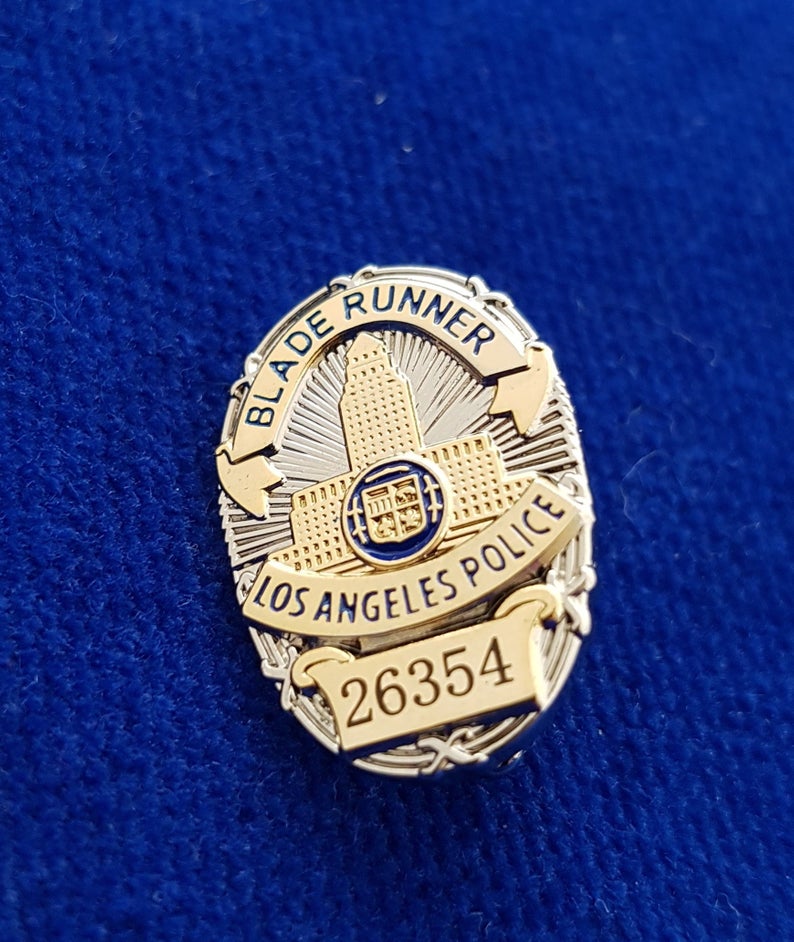 You can use in your halloween costume or as show piece.

Blade Runner was first shown in 1982, and was directed by Ridley Scott. Scott is also known for his other works like The Martian, Thelma & Louise, and Gladiator.
Its sequel, Blade Runner 2049, came out in 2017, and was directed by Denis Villaneuve. Villaneuve is also known for his other works like Arrival and Sicario.
The 1982 Production Designer was Laurence G. Paull while the 2017 Production Designer was Dennis Gassner.
The 1982 Set Design Team was composed of Linda DeScenna, Leslie McCarthy-Frankenheimer, Thomas L. Roysden, and Peg Cummings.
Blade Runner was a film inspired by Philip K. Dick’s novel Do Androids Dream of Electric Sheep?.
The film’s lead role was played by actor Harrison Ford in 1982. He is then joined by Ryan Gosling in the 2017 sequel.

All photo stills from the films Blade Runner and Blade Runner 2049 are owned by Warner Bros. Pictures and Sony Pictures Releasing.

Love the otherworldly look of the Hab from The Martian? Well, now you can decorate and design your room to mimic the futuristic look of this space station.

Like the futuristically retro vibes that you can find in the quirky Zoolander film? Create your own space just like a scene from this comedic masterpiece!

Super sleek interiors or homey cottage feels? Don’t know what theme to choose? You could have both cozy and modern if you follow the designs in Avengers. Feel like a superhero with your revamped space!