Iconic yet mundane, Jerry’s home perfectly reflects the show’s preference for tackling real-life situations with humor and irony. It’s why the show became a classic, in the first place! The great thing about Jerry’s apartment is that it looks like a regular apartment but it still quite distinct.

The place is a mix of everything! There’s a simple, homey sofa. His rugs are native-themed. His lamp might be mid-century and his side table contemporary. It’s a home of someone who isn’t bothered by the style of his home and creates his very own eclectic theme (and makes it work!). 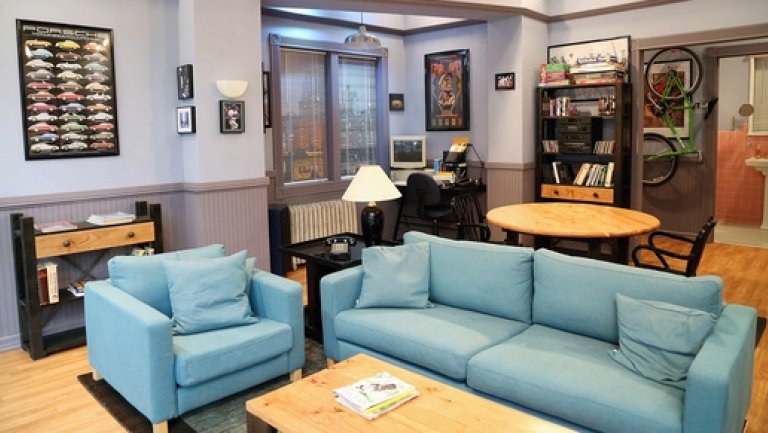 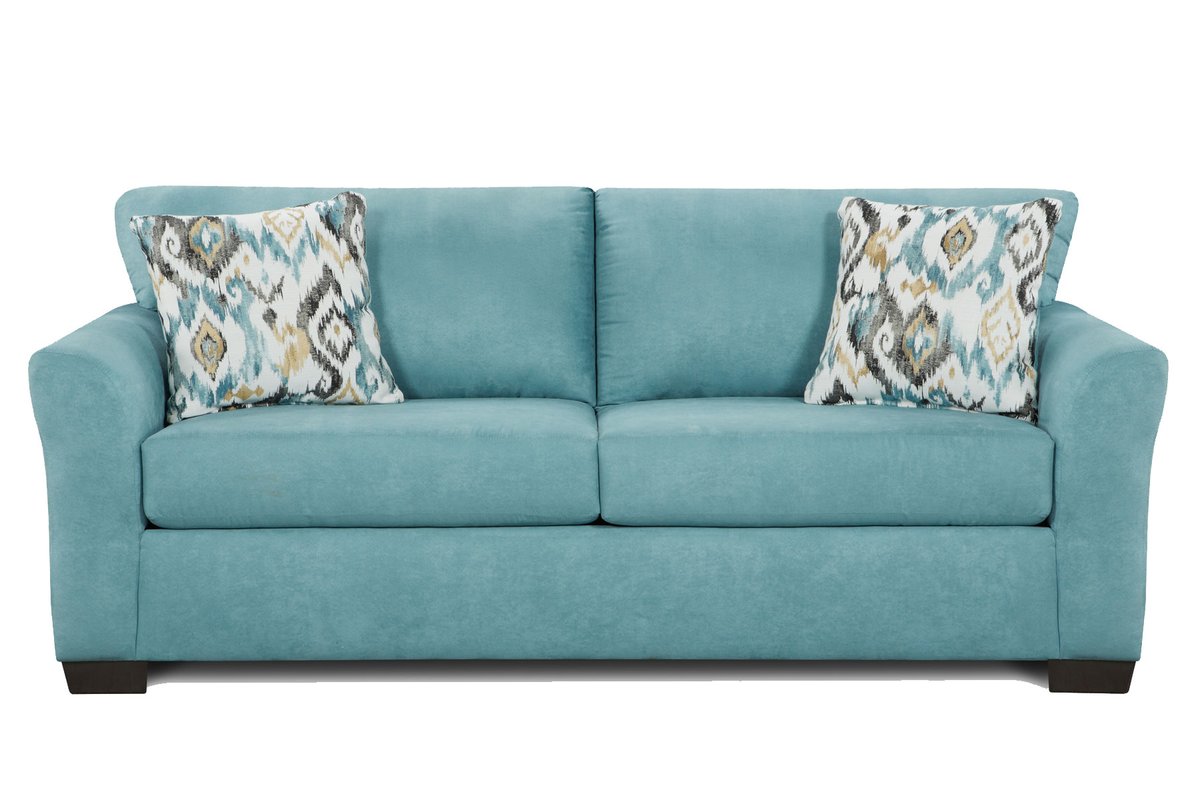 Probably the center point of Jerry’s whole apartment is his light blue sofa. It’s directly in the middle of the house, and is where most of the activities happen. The sofa’s simple design provides the entire room a homey vibe and the light blue makes it stand out just enough for people to recognize it. 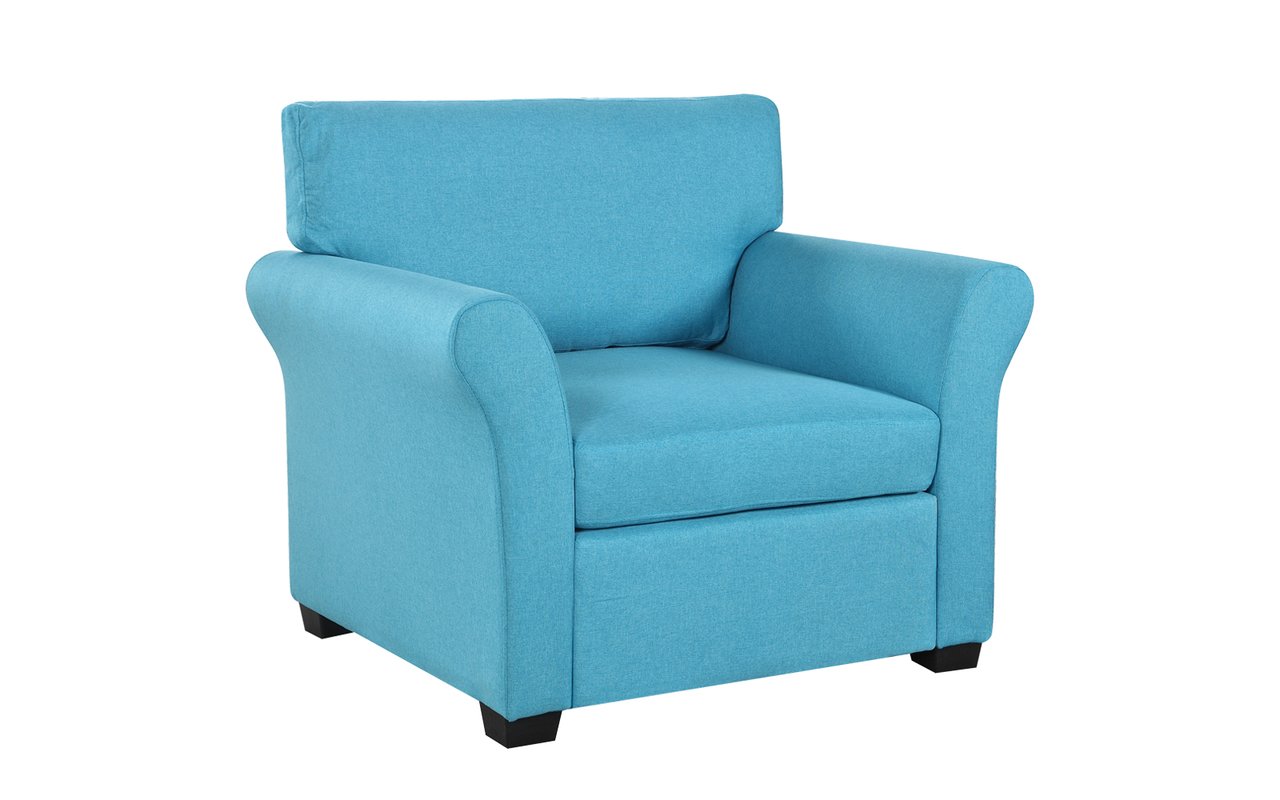 Jerry may like to mix and match his house’s décor style but his sofa set pairs together perfectly. His light blue armchair is a great partner for his sofa and provides another place for his guests to sit on when they’re over. 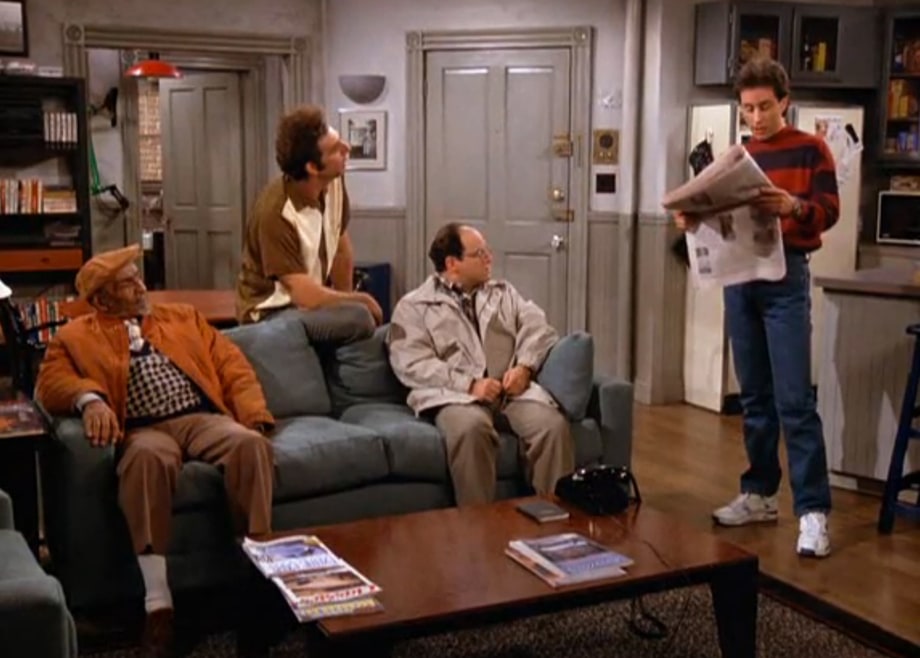 A typical day inside Jerry’s apartment, his wooden coffee table clearly seen in front of the sofa. 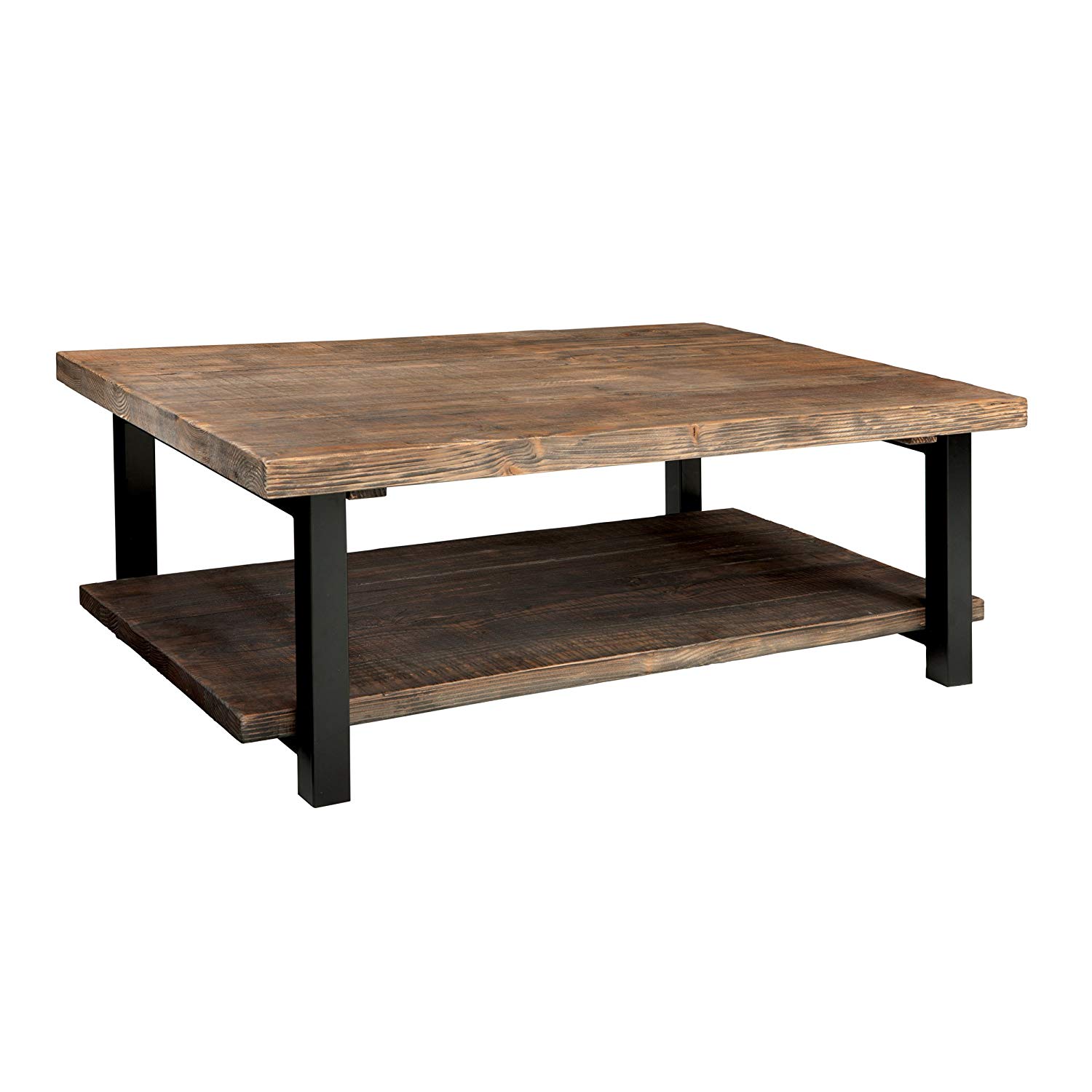 Jerry’s coffee table is the perfect balance of both natural and contemporary. Its wooden top blends perfectly with the natural tones of Jerry’s carpets while its black metal frame asserts a more modern vibe. 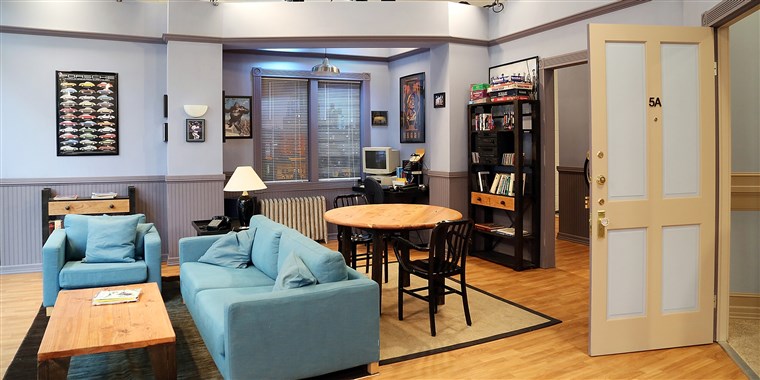 A shot of Jerry’s apartment from another angle, where you can see his two area rugs. 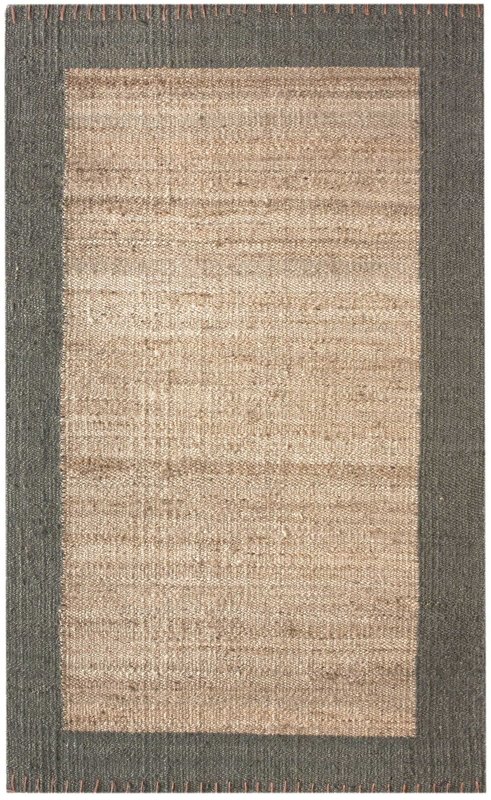 While not very visible, Jerry’s living room rug has a more native and natural vibe than most of his furniture. Its textured design lends more credence to this theme. He also uses this rug to separate his living room since his apartment is very small. 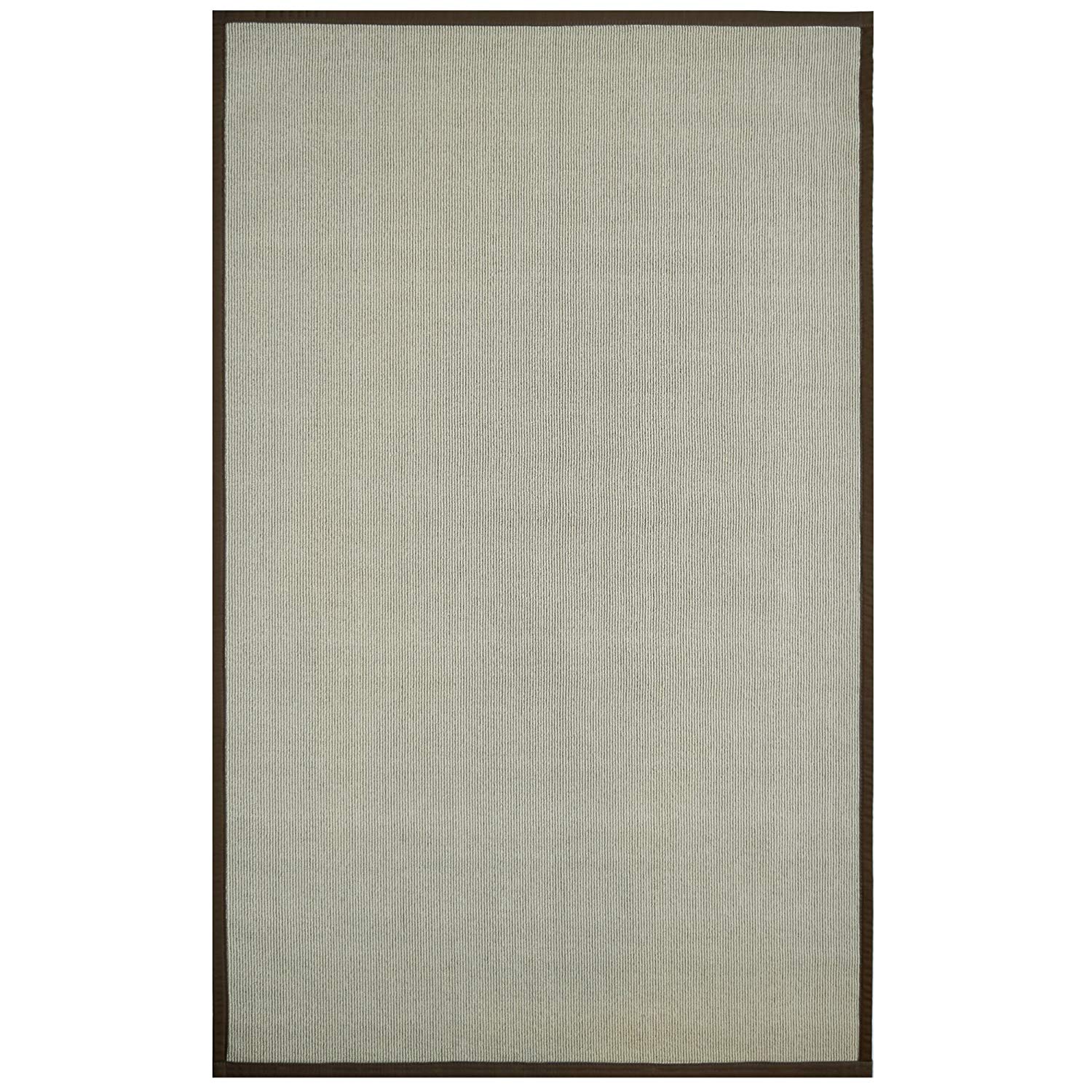 Another area rug that can be found in Jerry’s apartment is in his dining room (which is directly behind his sofa). He uses the sisal rug to designate some space for his dining area. 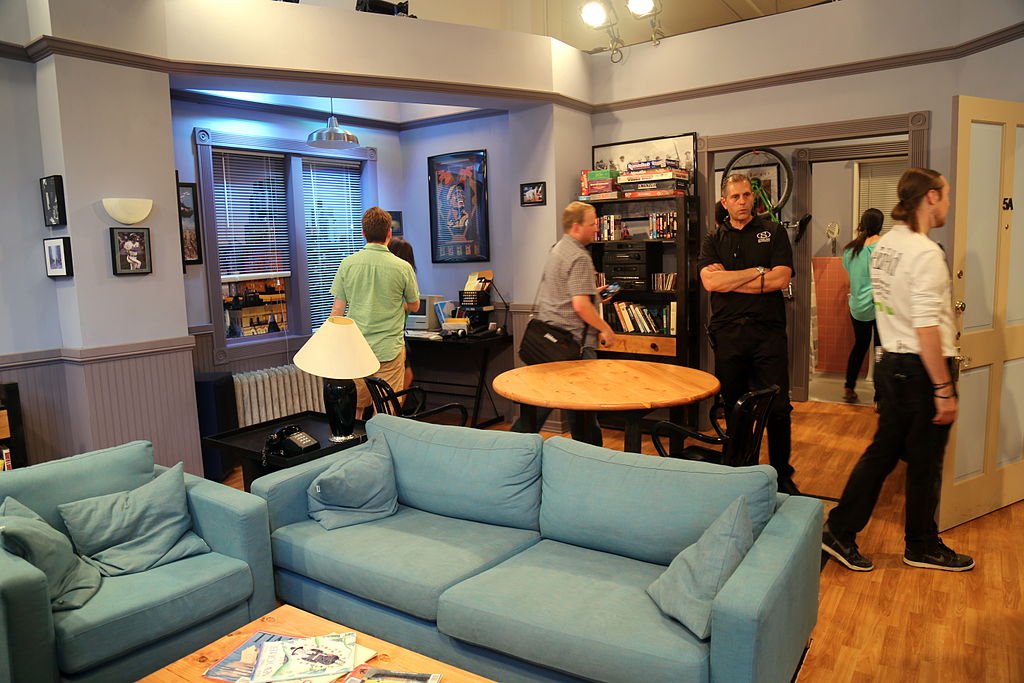 Fans visiting the main area of Jerry’s apartment, which is the living room slash dining. 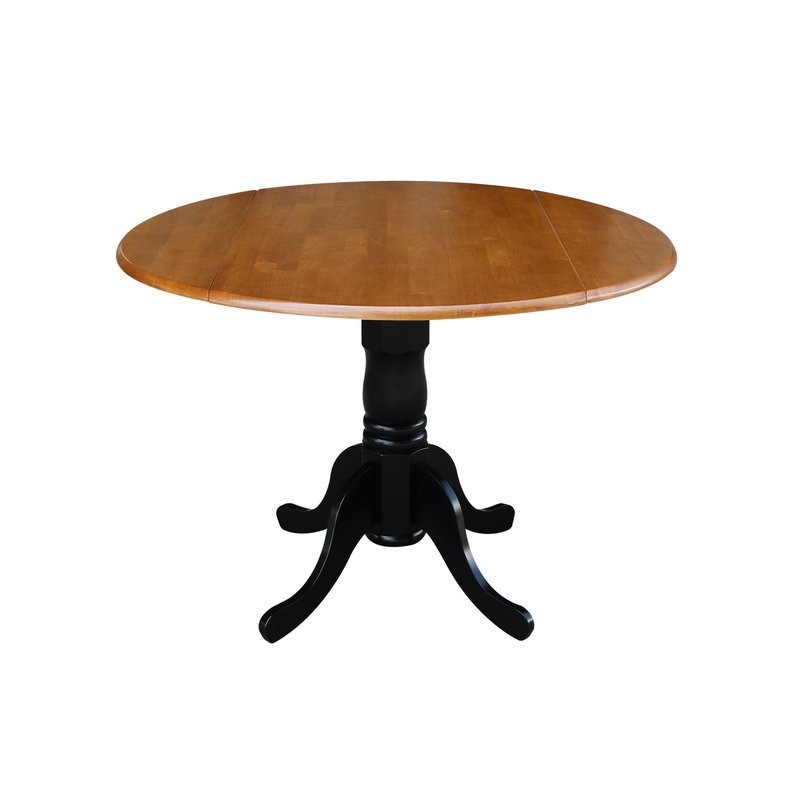 While Jerry’s formal dining area is small, it is well thought out. It has a designated area, and the furniture are well matched. Like his coffee table, Jerry’s dining set is a combination of natural and contemporary. Its top is made out of wood while its frame is black metal. 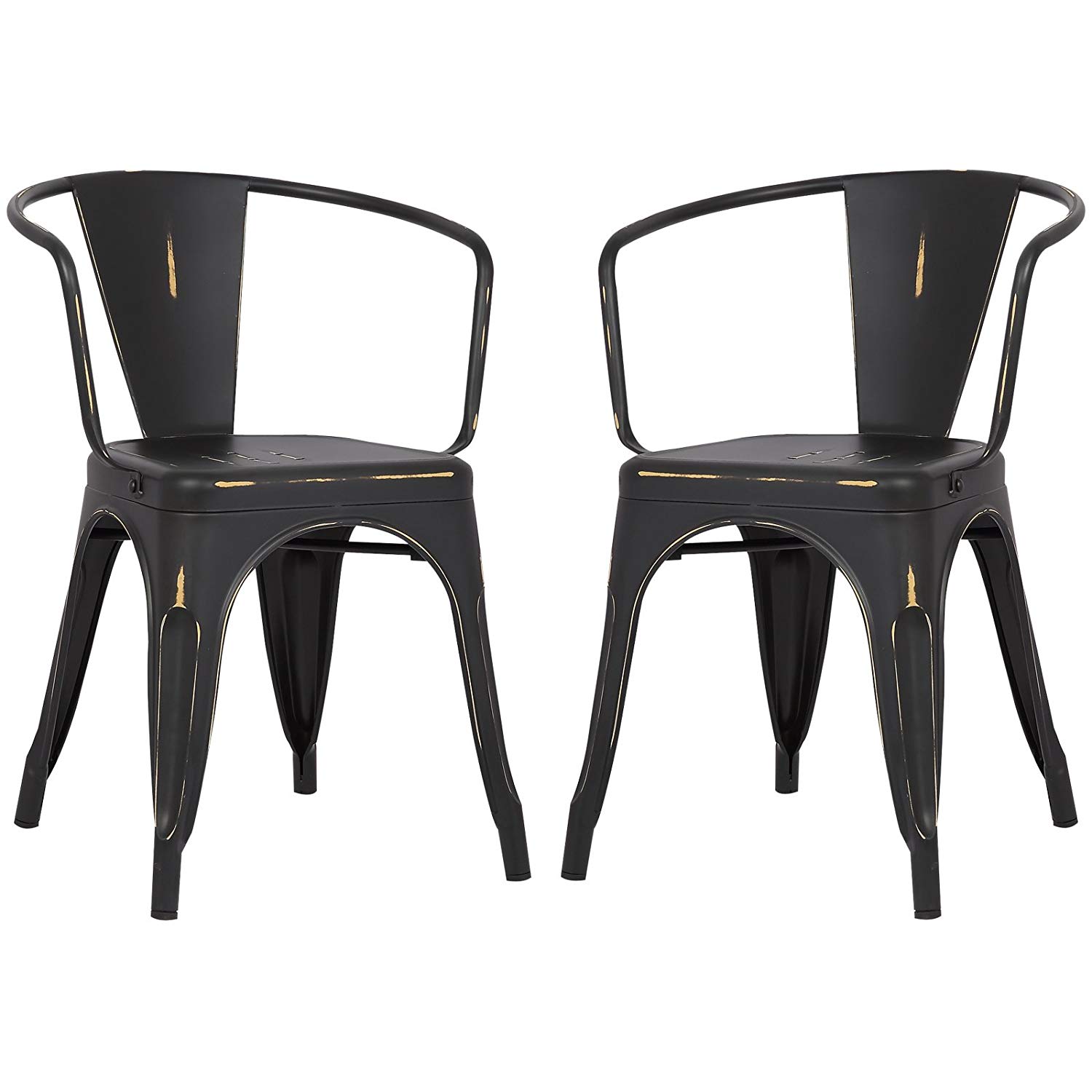 To match his dining table, Jerry opted for a more modern pair of chairs. He chose a black metal dining chair whose utilitarian style provides a more industrial feel to the place. 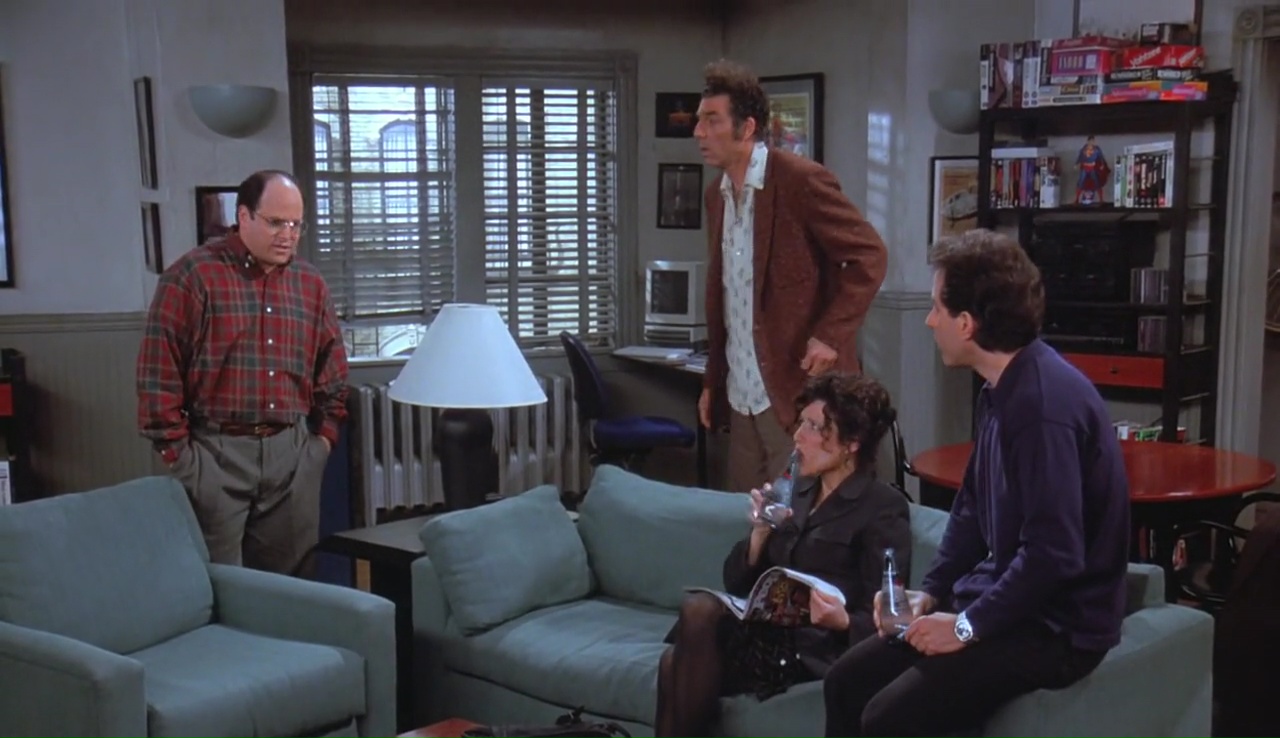 The gang in Jerry’s lively and mismatched living room. 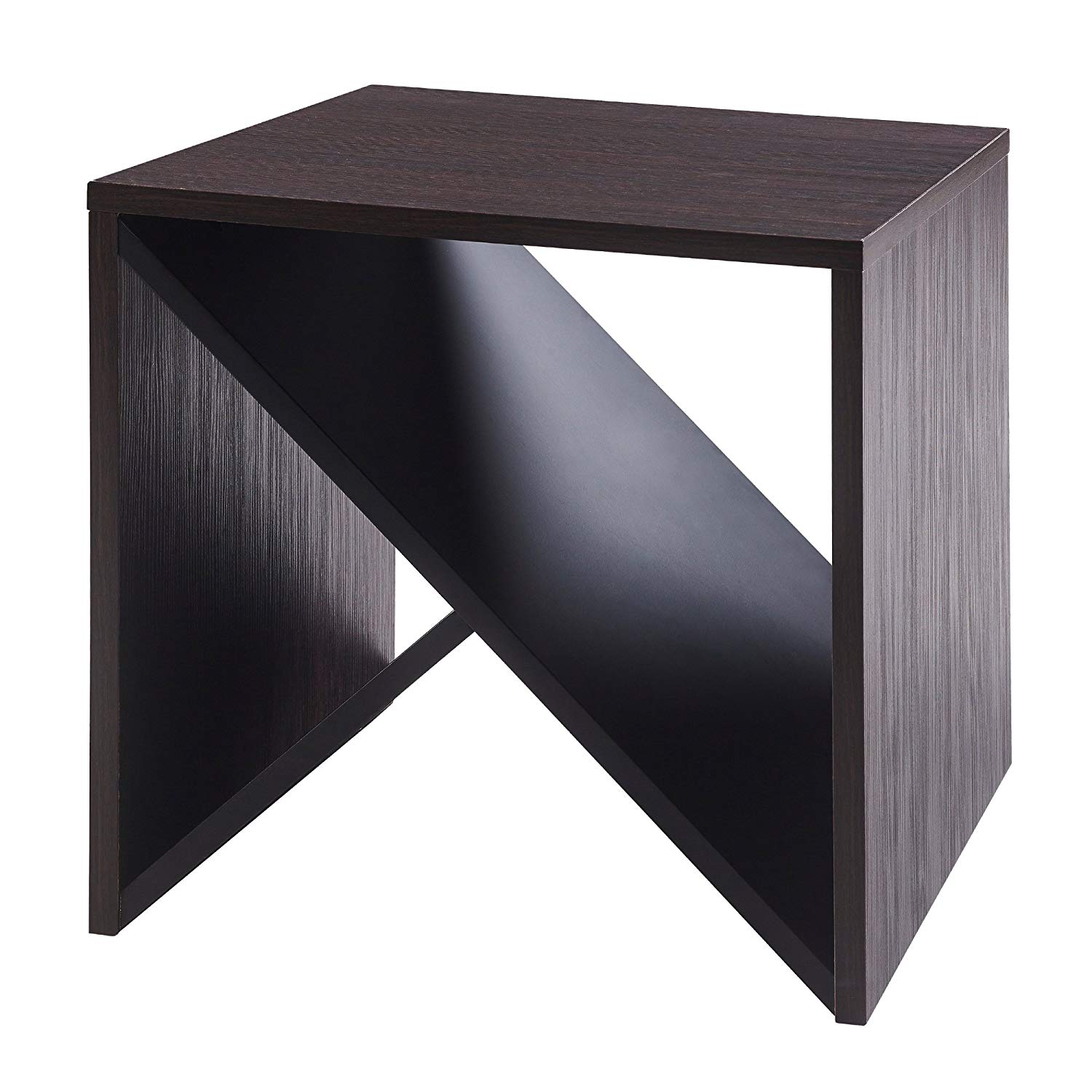 It might not be a very visible place in Jerry’s living room but his side table is another interesting match between two different décor styles. His actual side table boasts of a simple contemporary design made of dark wood. 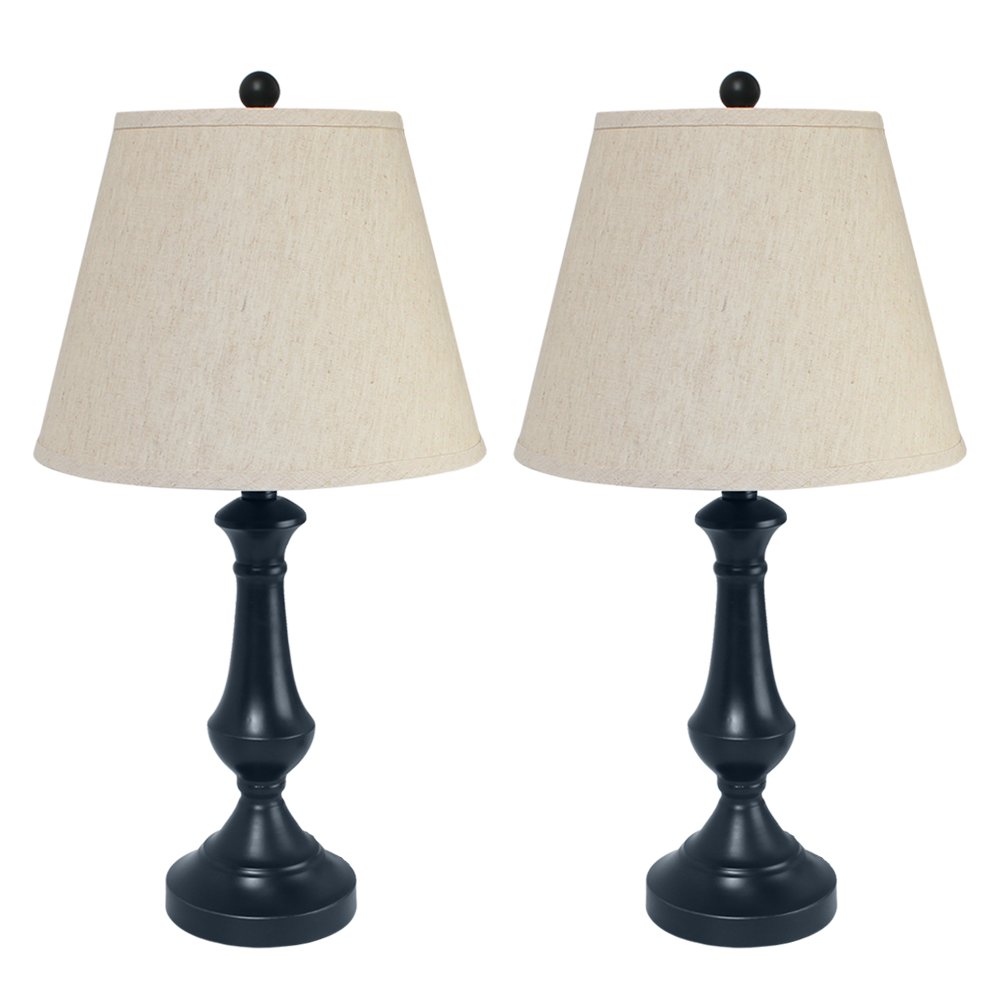 For Jerry’s side table lamp, he chose a mid-century designed lamp with a classic lamp shade shape and a simple black body. 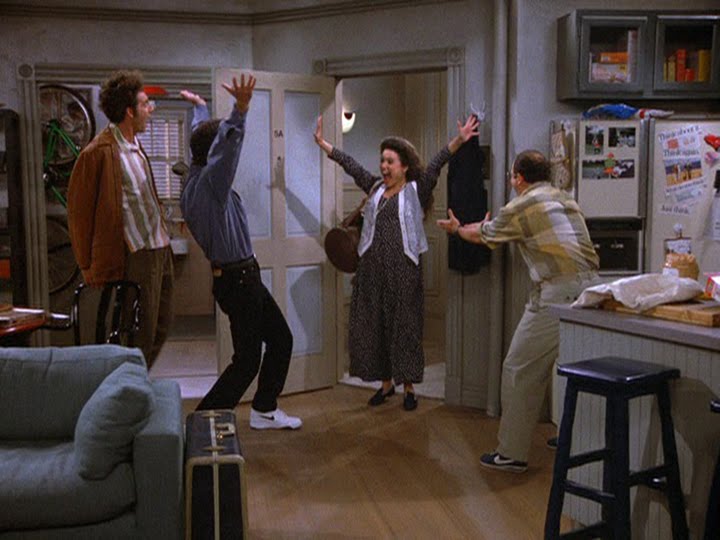 A warm welcome between the gang, Jerry’s blue bar stools seen on the side. 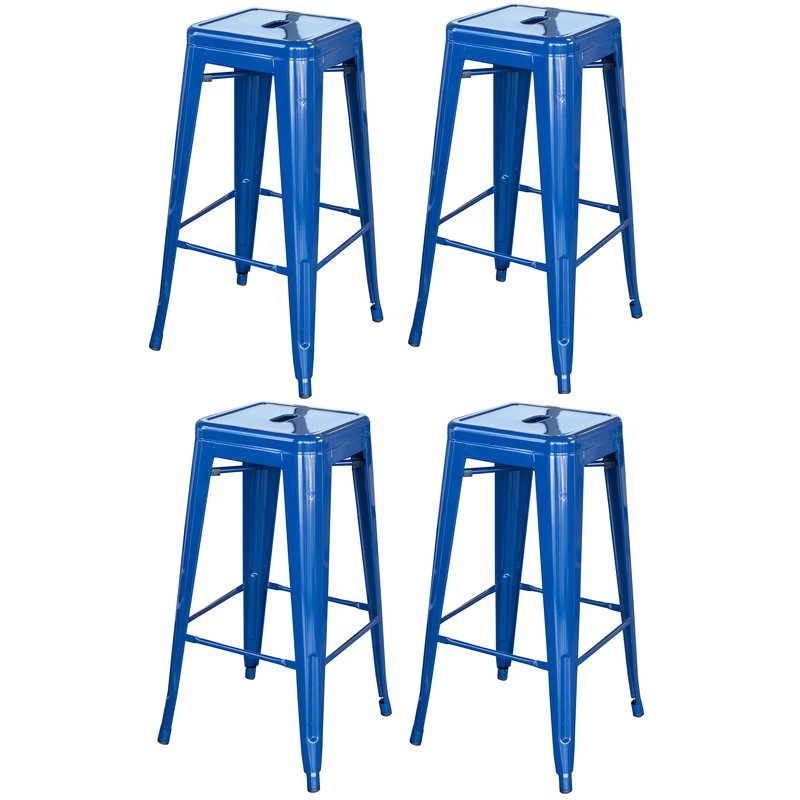 Since Jerry’s dining is so small, he also designated an eating area in his small kitchen by adding blue bar stools in the island.

The Timeless Art of Seduction 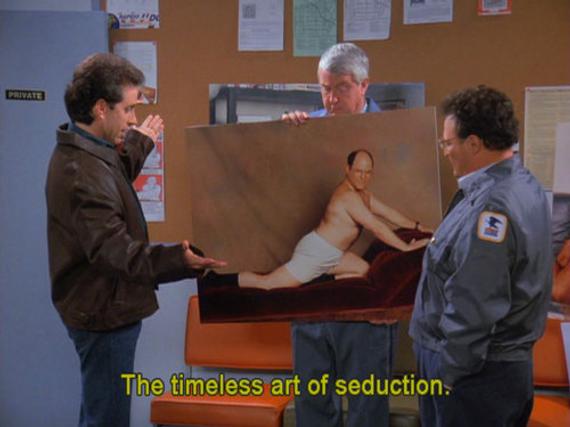 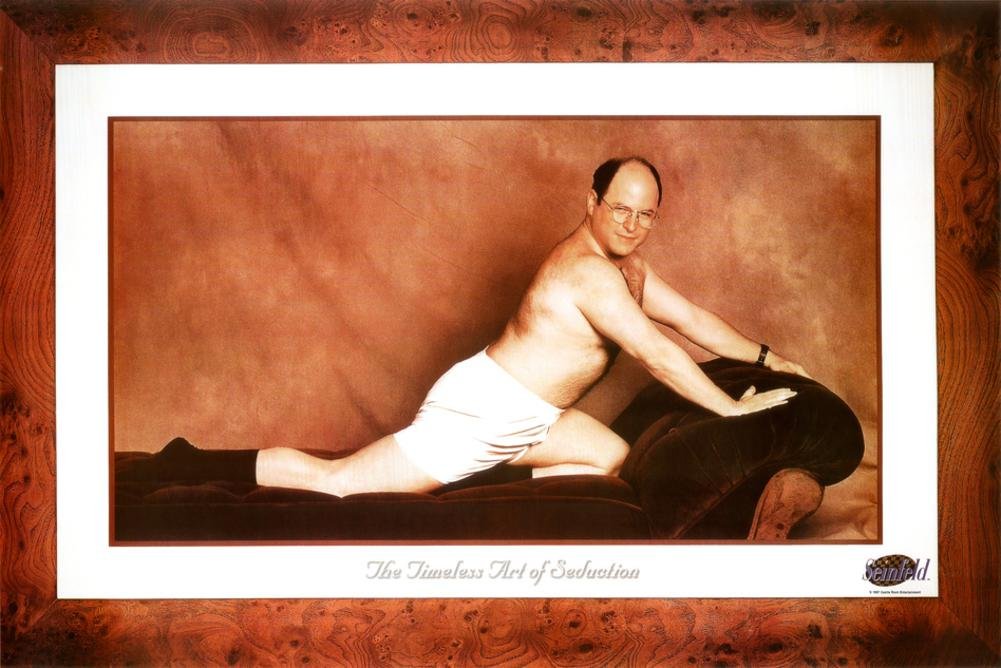 As a fan, you probably know the mishap that is the Timeless Art of Seduction. Add a quirky (if not a bit disturbing) poster of it in your space. 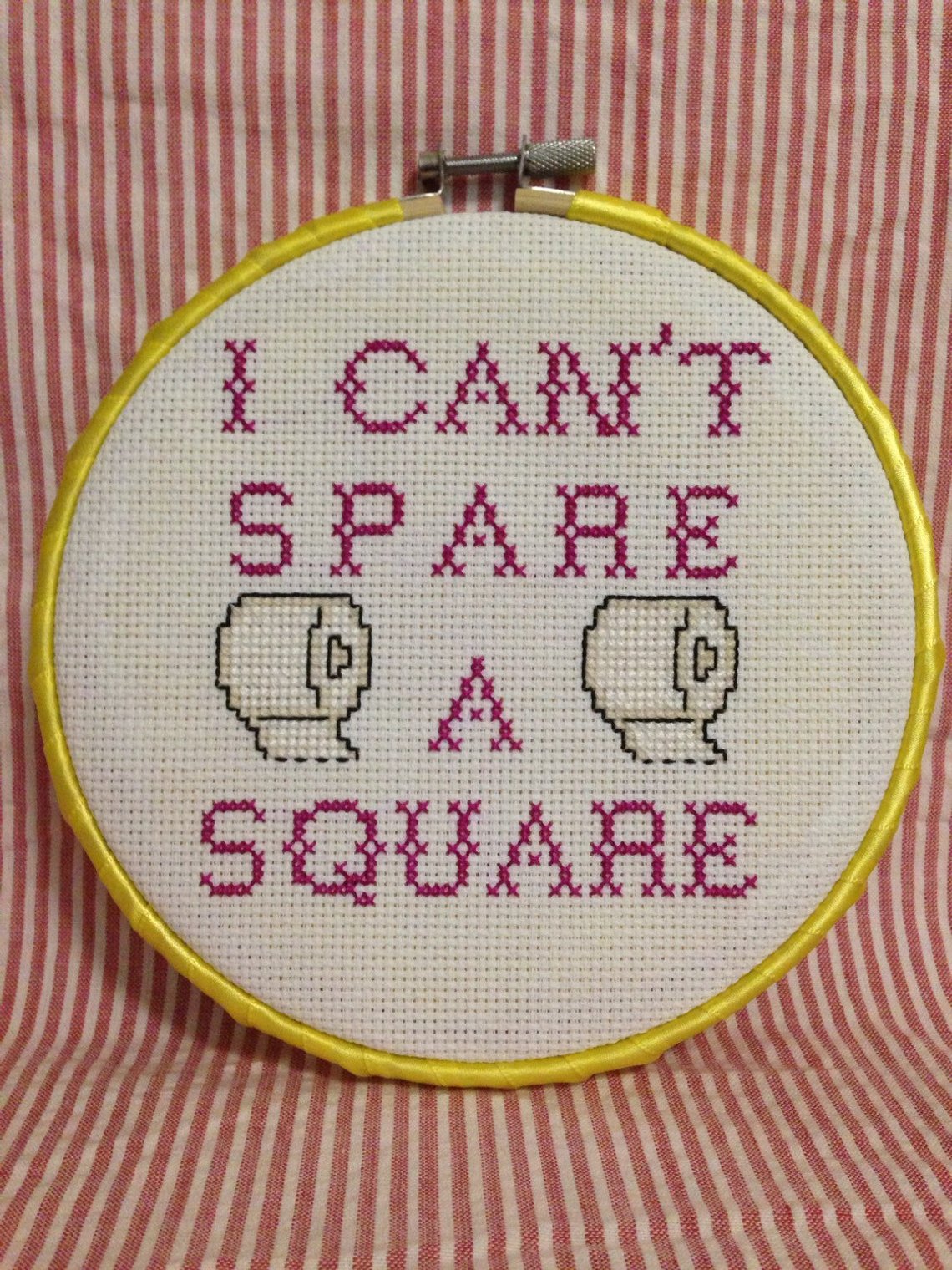 Seinfeld has had many quotable quotes throughout its stint, and ‘Spare a Square’ is one of the most memorable. Put up a sign over your toilet for a hilarious bathroom experience. 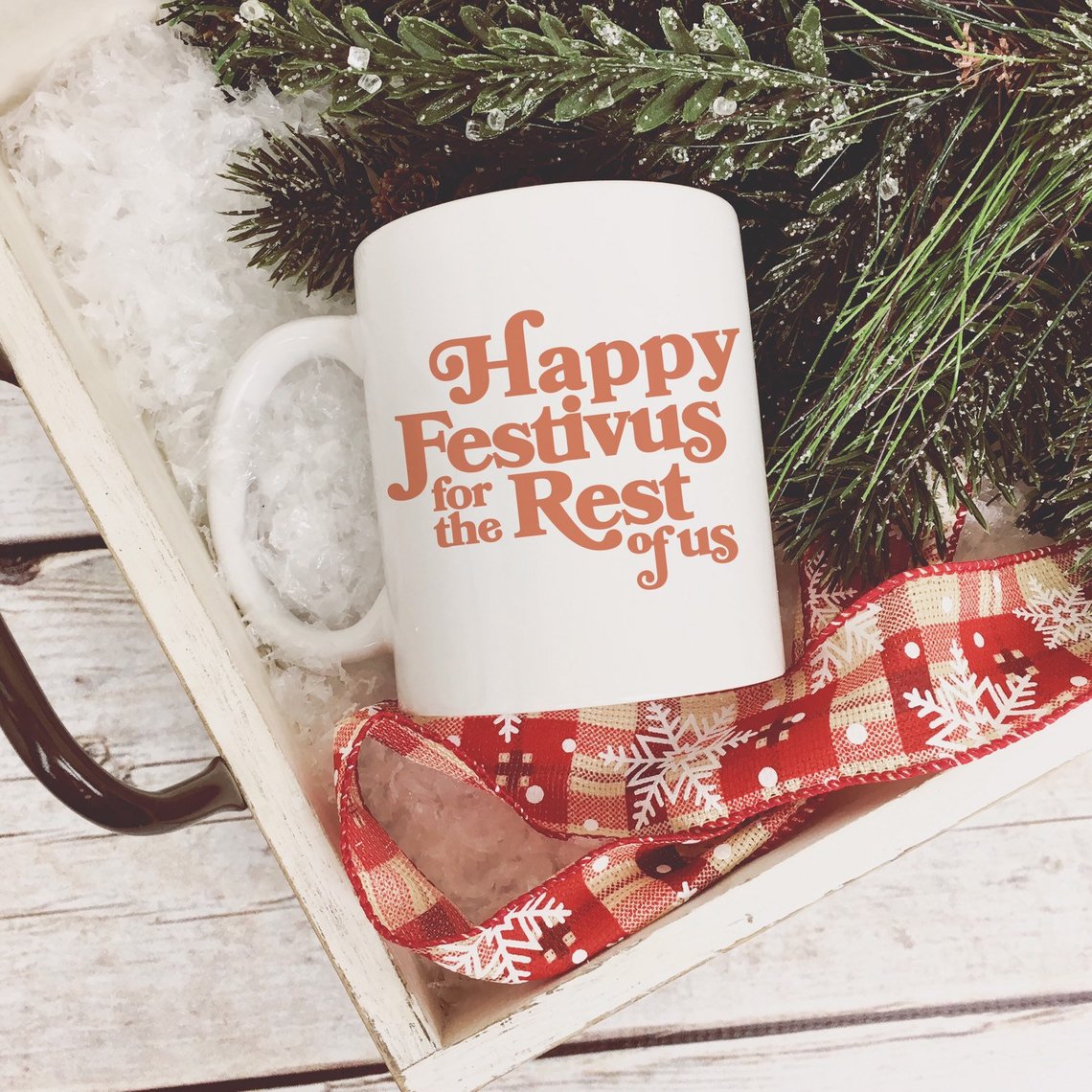 Happy Festivus for the Rest of Us Coffee Mug, Seinfeld Holiday Mug

If there’s one made up holiday that Seinfeld fans love, it would probably be Festivus. Whip out this coffee mug on December 23 and celebrate. 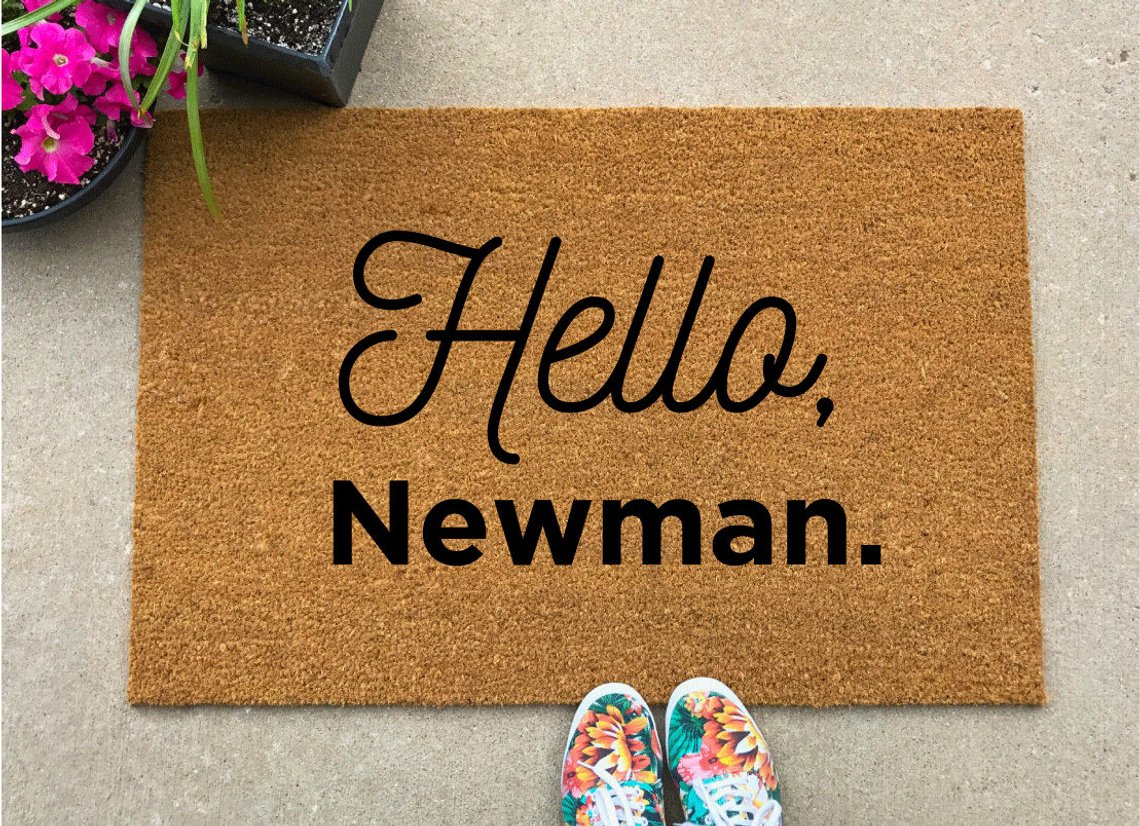 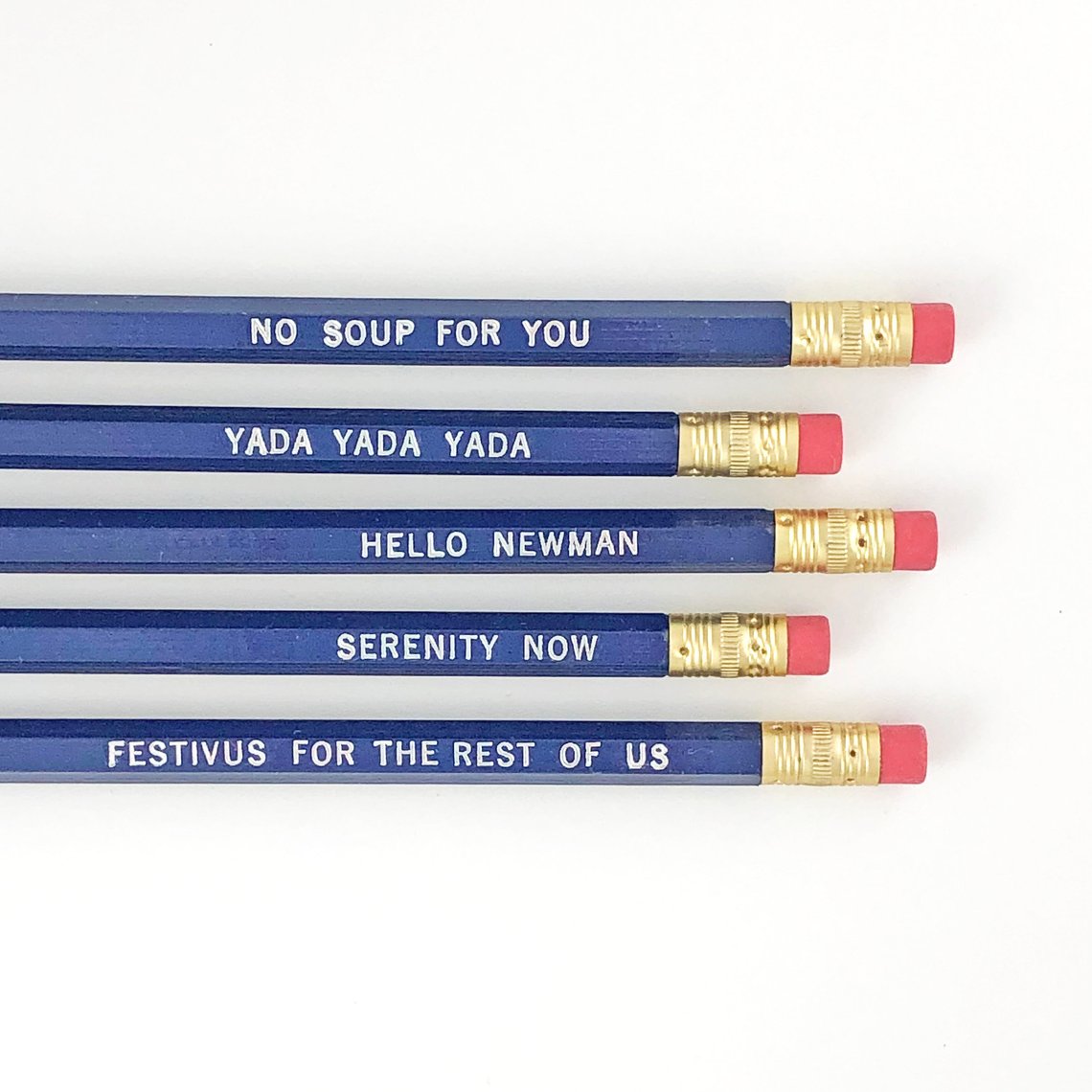 If you want a daily dose of Seinfeld, you can always buy this pencil set and read the quotes while you write what you need to.

Seinfeld is an American TV Show that was released on 1989 and lasted until 1998 with 173 episodes. The show as created by Larry David and Jerry Seinfeld.

Seinfeld was joined by 3 others as the main roles of the show, namely Michael Richards (Kramer), Jason Alexander (George Constanza), and Julia Louis-Dreyfus (Elaine Benes).

The following are credited for the most number of episodes worked for the show in their chosen fields:

The pictures used in this article in connection with the series, Seinfeld, is owned by the NBC Network and all other owners of the show.

It’s true that there are many kinds of families in today’s society, and each have their own personality to showcase. Modern Family (the show) perfectly differentiates each of the three families’ preferences through their home décor.

Two and a Half Men

Whichever theme they embody, all beach houses seem to provide a sense of rest and relaxation in their spaces. Add the same cozy feeling to your rooms with the inspiration from 2 and a Half Men.